Hello everyone, Jonathan ‘Qualk’ Martin here with my very first article for Hearthstonely! With Archon’s Team League Championship kicking off this week I thought this would be a great time to discuss team events. Team events are the future of competitive Hearthstone and I’m going to give you seven reasons why. 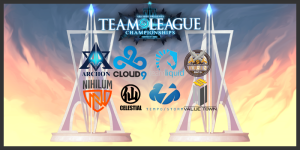 When the competition is broadened by pitting two teams against each other instead of two players, rivalries will naturally form over time. Rivalries are the spice of sporting events; they turn a simple exhibition into a bloodbath of bragging rights. An amazing turn is magnified and elevated to legendary status when a team rivalry is involved. The extra adrenaline that is fused into matchups by rivalries will lead to interesting storylines and more exciting matches which in turn will mean more viewers and aid the evolution and growth of Hearthstone as an esport.

It’s dangerous to go alone. Many players have achieved fame and success on their own but that was when noone was on a team and the competitive landscape was still in its infancy. Now practically everyone is on a team, and for good reason. Teams provide a support and coaching network that’s simply impossible to access if you’re flying solo and goes a long way to improving a player’s game. As new talent emerges these players will have to eventually choose if they want to be on a team or not. If more team events are organized this decision will become easier and easier for up and coming talent.

On the other side of the coin, more team events will result in more teams being formed and more players signing with those teams. This is healthy for the overall competitive Hearthstone landscape because as more teams are formed and more players join those teams the quality of the individual players as well as the overall competition level will rise because of the coaching structure present in professional teams. As events become more and more stacked with talent they will naturally draw more viewers and sponsors.

Teams have sponsors. As more team events are organized these sponsors get increased exposure for their brands. With increased exposure comes higher revenue, sales, and even more sponsors joining in on the action. An influx of sponsors and money will allow tournaments to offer larger prize pools, (See Archon’s Team League Championship $250,000 prize pool) better event management, and higher stream production value which will draw more fans and players to the game.

Let’s say you’re an avid League of Legends fan. You follow Cloud 9 religiously, watch every match and interview and might occasionally play Hearthstone in your downtime. When you realize that Cloud 9 also has a Hearthstone team this could encourage you to start watching the Hearthstone Cloud 9 team as well. Teams are the bridge between games, creating and adding more fans from the other platforms that the teams are involved in. New fans are much more likely to watch C9 Kolento than Kolento, and it’s these fans that will form the heart and soul of professional Hearthstone. 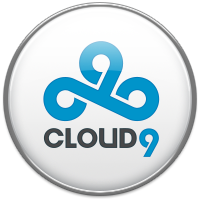 If you look at any professional sport, there is an amateur or collegiate scene that allows young stars to strut their stuff for the professional teams. This amateur scene is integral for the growth and evolution of Hearthstone and team events at the pro level will help amateur events. As professional teams partner with collegiate organizations like TeSPA new players will have the experience of playing on a team earlier in their career which will help to foster better young talent as time goes on.

Superstars are forged in the house of Pro teams by the fires of competition. Stars can elevate not just themselves but their entire sport simply by being amazing. Look at what Michael Jordan did for basketball, Faker for League of Legends, or Wayne Gretzky for hockey. These individuals put their sport in the spotlight because of their sheer skill and will to win. However, Faker would still just be a solo queue hero if SK Telecom didn’t come along to form a team around him. These teams are vital for forging superstars, and superstars are essential to the growth and development of Hearthstone.

Hopefully more events like Team Archon’s League Championship will be organized soon so that Hearthstone can develop into a premier esport. Stay tuned to Hearthstonely for my next article, until then may the RNG be ever in your favor.