Last week the Winter Championship season concluded with an epic three-day tournament to crown the best Hearthstone player in North America for the winter months.  With $80,000, 85 Hearthstone World Championship points, and a guaranteed trip to Blizzcon on the line, the participants were using every trick up their collective sleeves to come out on top.

The action kicked off on March 11th with Group A which consisted of Nostam, Amnesiac, Talion, and Chakki.  Many considered Chakki to be the favorite coming into this event.  With total earnings topping $20,000 and backed by Team Dignitas he was extremely confident in his own ability to come away with the victory.  It was not to be though, as Chakki fell out of the tournament quickly losing to up-and-comer Nostam and the Canadian Talion 3-1 and 3-2.  Meanwhile Team Archon’s Amnesiac managed to barely make it through Group A beating Talion twice 3-2, and 3-2.

With Nostam and Amnesiac both advancing from Group A we turn now to Group B.  This group had AlSkyHigh, chessdude123, snail, and wtybill.  AlSkyHigh quickly took first place in the group besting wtybill 3-2 and sweeping snail 3-0.  Meanwhile chessdude123 just managed to scoot into the bracket phase with an overall match record of 7-6 losing to snail but beating wtybill and then getting his revenge on snail in the tiebreaker match. 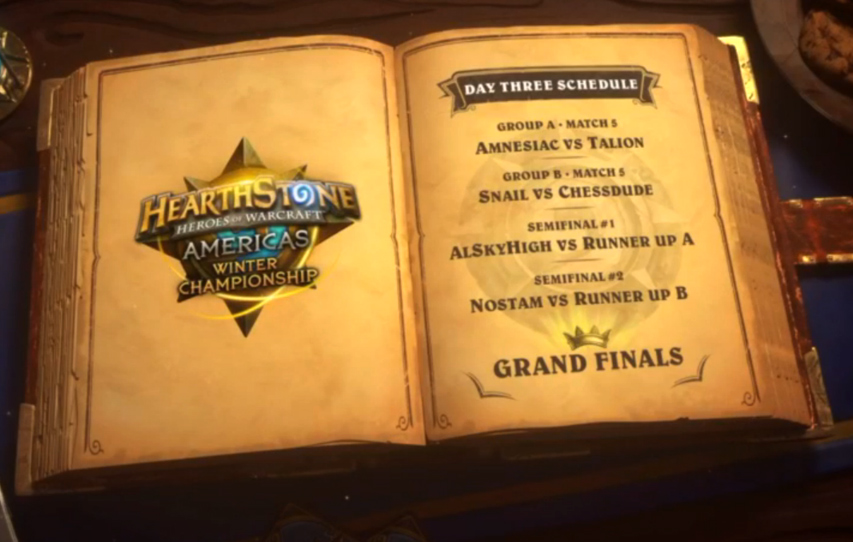 This set up the top 4 players for the bracket stage to decide it all.  AlSkyHigh faced off against Amnesiac in the first semifinal.  Amnesiac quickly dashed Al’s hopes of coming home with the trophy dispatching him in 4 games with his Druid, Rogue, and Warrior lineup.  In the other semifinal match Nostam had a much closer series against chessdude123.  He found himself down 2 games to 1 and up against chessdude’s formidable Mage deck.  Fortunately for him he managed to shut down chessdude’s Mage with both his Druid and Warlock deck which set up for the Grand Final between the 15 year old Amnesiac and the innovative Nostam.

Amnesiac chose to ban out Nostam’s aggressive Shaman deck while Nostam did not want to deal with Amnesiac’s Paladin which set up Nostam’s Druid, Warlock, and Warrior against Amnesiac’s Druid, Rogue, and Warrior.  The first game Nostam went with his control Warrior as Amnesiac picked his Druid.  Amnesiac fell behind in card advantage but was able to establish an impressive board of a Shade, an Ancient of Lore, and a Piloted Shredder.  Nostam did not respect the potential damage from double Savage Roar and paid the price as Amnesiac swung in for 29 damage to pick up the win in game 1.

In game 2 Nostam stuck with his Warrior as Amnesiac selected his Oil Rogue.  Both players hoarded cards in the early game with Amnesiac developing a bit of a tempo advantage getting both his Violet Teacher and Loatheb on the board to prevent removal.  Nostam managed to clear Amnesiac’s board with a Brawl and an Axe but not before he was chunked down to just 8 hp and a pair of Eviscerates from Amnesiac finished the job to put just one win away from a trip to Blizzcon.

Game 3 featured Amnesiac’s last remaining deck: Warrior.  Nostam switched to his Druid to try to keep his hopes alive.  The early game trudged along slowly but the game quickly picked up tempo when Nostam put immense pressure on Amnesiac with an Azure Drake + Loatheb turn 10 to prevent a Brawl clear from Amnesiac.  This put Nostam up on both board and card advantage and he took the win soon after with the classic Druid combo to keep the series alive.

In Game 4 Nostam swapped to his Warlock deck to try to vanquish Amnesiac’s Warrior for the second time.  On turn 8 Nostam top decked his Twisting Nether which he played immediately to clear Amnesiac’s Sylvannas and Deathlord but unfortunately it brought out his Reno Jackson which left him unable to benefit from the healing he provides later in the game!  With Nostam knowing he now needed to close out the game quickly he just played Jarraxus even though he was at 28 health to start getting those 6/6 infernals onto his side of the board however, Amnesiac was ready with a massive Harrison Jones which ended up drawing him 7 cards!  At this point it was just a matter of time as Nostam ran out of defensive options and Amnesiac was able to deal with the continuous flood of Infernals to take the victory, $25,000 and the trip to Blizzcon! 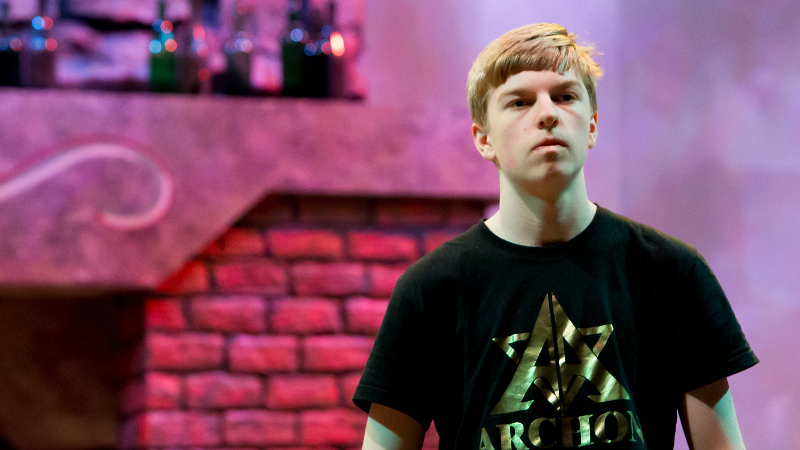 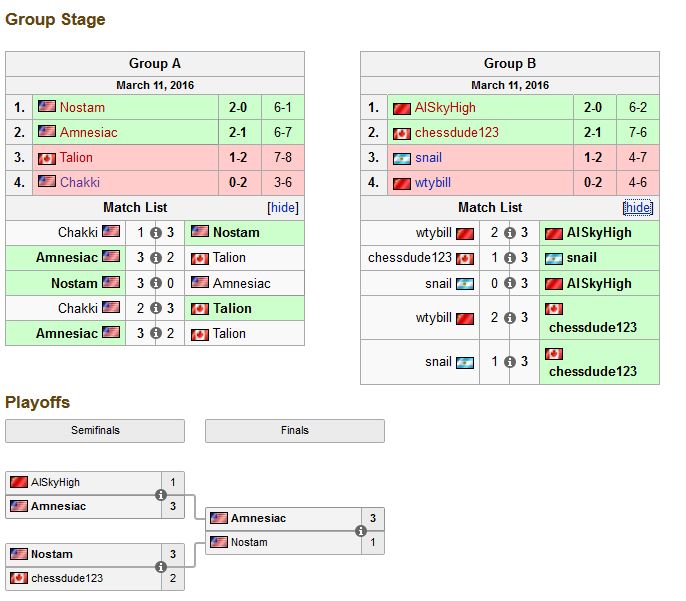