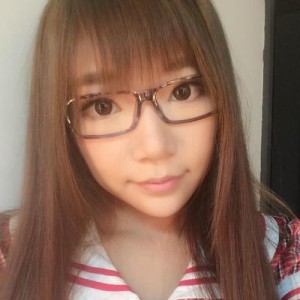 *Note: Eloise preferred to answer my emailed questions vocally so provided answers in an audio file, and I’m so glad she did! Listen to the unedited audio whilst reading to appreciate the full charm of Eloise.

So, I am joined by Eloise, the latest recruit for team Tempo Storm, Hearthstone extraordinaire, and a real-life superhero of streaming. Eloise, greetings, and welcome to Hearthstonely. How are you settling in at Tempo Storm so far and what are your first impressions of Reynad and the team?

00:00:08: I have been streaming and I had fun with the chat and I got a lot of people know me already and I have followers that are streamers too. I’m very happy. What’s your first impression of Reynad and the team? Ah! First impression – I met Reynad the first time when I was playing WCA and the first impression [laughs]is that, ‘Wow he’s so tall!’ Ah he’s very very tall and after that we met at another Chinese tournament and we also played an offline event together. I had dinner together with the team and it was all very good. 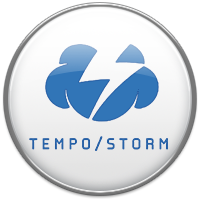 Obviously, many will know you from your Twitch stream and possibly your WoW background, so what made you get into Hearthstone in the first place? Did you play Magic, or any other card games before this?

And now you have joined Tempo Storm, one of the top few Hearthstone teams at the moment, so how did they approach you, and what made you join them over a China-based team? Were there other offers on the table?

00:02:18: Hmm how did they approach you? At the end of March I was playing China Versus Europe and Frodan was casting it and so they think that maybe I am good, so Reynad asked me to join the team and the reason why I I join is because I want more chance to play in some Western tournament. My previous team is a very good team in China, it might be one of the best teams in China but I think it’s what they can offer me is not what I want. I was I am very bored by those Chinese tournaments already so I want to try something new.

A criticism often leveled at esports is the lack of females participating at pro level. Are you intending on appearing at some of the more prolific western LAN events now you have backing from the team? If so, where can we expect to see you?

00:03:33: Yes, I want to play more offline Western events but I’ve not thought about my plan but if I’ve got some plan I will tell you.

And now Tempo Storm have released their very own animated series with ‘The Inn Crowd’. Are you looking forward to appearing, and how do you think they will portray you?

Your stream (www.twitch.tv/eloise_ailv) has received almost universal acclaim and is certainly one of the most entertaining on the scene. Will streaming remain as your priority now you have joined Tempo Storm?

00:04:25: Yes I think stream is the most important thing for me now and people on Twitch are very friendly, I like them, I had fun.

Is there a side of you that your stream viewers never see?

00:04:48: Is there a side of you that your stream viewers never see? Yes, when I was streaming in China, I always have my dinner in front of camera and that’s what my viewers like to watch but whilst I am on Twitch I don’t do it anymore [laughs]. I think it’s not very good.

Which 3 professional players (outside of Tempo Storm) do you have the most respect for as players?

00:05:22: The three professional players I think is Savjz, Strifecro and Lifecoach.

Some industry commentators believe that the tournament scene is becoming saturated. How do you feel about this, and how do you think things could be improved?

Finally, you are quoted as saying that Frodan and yourself have the same dress (LINK) . Would you care to elaborate on this?

00:07:29: Frodan is a great guy, he’s the best guy in the world. I never said any bad words about him. I never say he wear any kind of certain items and I will never say that.

So, I would like to thank Eloise for taking the time to talk to me within her super-busy schedule. She is one of the nicest people around and I am sure she will be a tonic to the western Hearthstone community. It’s looking like a very shrewd signing for Tempo Storm and I’m sure we will be seeing a lot more of Eloise over the coming months.