I am joined by Keaton “Chakki” Gill, a Hearthstone pro who has fired himself into the top echelons of competitive Hearthstone through joining Team Dignitas and after several impressive performances in events so far this year. 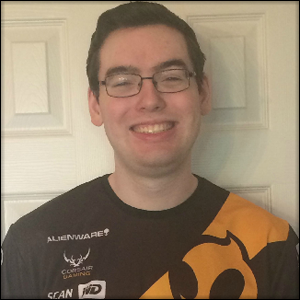 Thanks for the interview opportunity.

You joined Team Dignitas back in January following stints at ManaGrind, Clarity Gaming, and team Coast. How has your time with Team Dignitas been so far?

My time with Team Dignitas has been great so far. As a team we haven’t had many issues with the Hearthstone side of things, and the management is very easy to work with regarding events. Definitely the best team choice I’ve made so far!

It seems that teams are becoming more important in Hearthstone following recent team-event announcements. Where would you place Team Dignitas in terms of the leading Hearthstone teams currently?

It’s my hope that Team Dignitas can prove itself as a competitor in upcoming team leagues. We might not have the most stacked roster on paper like powerhouse teams such as Archon, Cloud 9, and Nilhilum, but my teammates are really putting in a lot more hours into practicing and improving their game. Team leagues will really emphasize how well teams can practice together, not just play alone, so I hope we can work that dynamic into our favor.

You have enjoyed some impressive results this year (Dreamhack Summer, and ESL Season 1 stand out)  but your first big tournament win still eludes you. Is there an area of your game you have earmarked for improvement?

As far as my own personal improvement goes, I’m focusing a lot more on developing my skill with a set of 3 classes and sticking with those. Player skill and decision making really is underrated as far as their impact on results go. One player that really inspired me to focus more on this was Lifecoach, who would always bring the same decks and has always stuck by skill winning in the long run. It might be a while before my first big win, but as long as my results stay pretty good, I’m happy.

Team Archon have recently announced the teams for the Archon Team League Championship and I see that you have joined up with Forsen and Ostkaka on team Forsenboys. How do you see this going, and where would you aim to finish?

I think Forsenboys actually has a really good shot at finishing in the top 3 of the league. Someone actually conglomerated the individual rankings of players per team and Forsenboys ranked in at 3rd out of 8. Forsen has done really well in some online tournaments earlier this year and Ostkaka is an absolute monster with some classes, with me rounding out the lineup on some of my favorite classes I can see us doing really well. Top 3 is my goal.

In the past, you have had a few interesting ‘exchanges’ with Tempo Storm’s Reynad. How are things between you two now?

I did some stupid stuff a while ago and rubbed the fanbase of one of the biggest streamers the wrong way. This definitely affected me for a while, but I’m ready to put it behind me. Hopefully Reynad is, too.

Back in January, you mentioned that you would put more emphasis on streaming. How is that going?

After trying to stream more intensely at the beginning of the year, I have a newfound respect for the people who can do it 6+ hours a day constantly. It’s actually really hard to stay energetic and entertaining for so long playing the same game for hours on end. I’ve transitioned my streaming to something that I do only when I know I can put on a good stream rather than something I do constantly.

Which 3 streamers do you most admire and why?

Forsen is someone I really respect, as I remember when he was just starting around Fight Night. He really grew his own unique community up from nothing and kept at it consistently to get to where he is today. Another stream I really like is Strifecro’s, as it seems he’s one of the few big streamers to make a very serious “try-hard, educational” type stream work to a mass audience. And for my last stream, I’d have to go with Kripparrian‘s, he was really what got me into the game at first and he’s consistently been playing tons of hours and delivering great and funny content on the same game for over a year now.

Is there a player that you least like playing against in tournaments?

There’s some jokes among players about who is the luckiest and there seem to be players that people just can’t beat, but ultimately I think I just like to avoid players I know are insanely strong. My winrate against StrifeCro, Lifecoach, Firebat, and some others isn’t that great, so I like to avoid them. 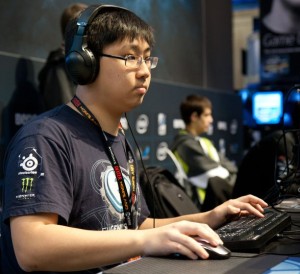 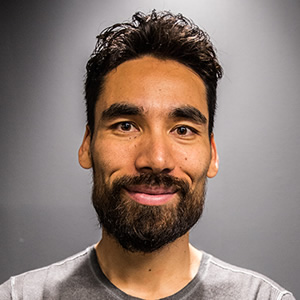 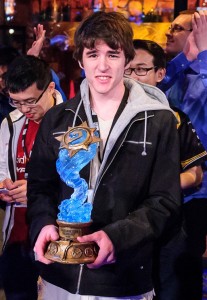 There is a lot of fragmentation in the tournament scene at the moment as competitive Hearthstone continues to find its feet. How would you improve the tournament landscape as it currently stands?

I think certain Hearthstone tournaments are establishing their niche in the scene. People really enjoy the laid-back atmosphere of the house cup tournaments, but also the competitive aspect from tournaments like ESL Legendary Series and Dreamhack have their place, too. And then there’s even stuff like Challengestone and Lord of the Arena. The more diversity the better I’d say for the tournament scene, so I think we’re in a great spot as a tournament community at the moment.

A criticism often levelled at the Pro scene is that it is heavily invite-based which leads to players being invited based on ‘who you know’ and not ‘what you know’. How do you see this, and do you have any advice for talented unknown players breaking into the big events?

There definitely is merit to being popular rather than good at the game. Some tournaments emphasize that more than others, but really we are moving more and more towards qualifiers being accepted. I’m someone that actually clawed my way up through online tournaments way back in early 2014. I actually was a last second replacement for someone for the first Fight Night Managrind went to, and that was after I had won 7 online tournaments in a row. As the scene grows more developed, it takes more and more to find yourself at the top. People are skeptical of players who win one tournament only or only have ladder results, so you really have to go out of your way to prove your skill. Ladder is really the best place to start, and it gets players like Fibonacci noticed after only a few months of finishing at high ranks. Past that, grind out qualifiers and try to make it to the big stage. If you’re good enough, you’ll find a way!

Well Chakki, it’s been an absolute pleasure, and I wish you the best of luck through the rest of 2015. You can follow Chakki on Twitter (@chakki_hs) and watch his Twitch stream below: