Day two of Challengestone 3 has just wrapped up, and the competition was fierce. After the previous Round of 8, four players remained to fight for their share of the $3,000 prize pool. Continuing the trend from day one, no player changed decks after they lost, as they would have to win with all decks to advance. This installment of Challengestone lent itself to slower gameplay, due in part to the limited card pool. However, classes such as Warlock and Shaman were still able to maintain surprise finishes, as they were able to keep most of their burst spells. In an unusual turn of events, Warlock did not make it to the finals, even though it won almost every game in which it was used. This Challengestone really gave us a good show match, as it forced players to come up with unique lines of play, in order to work around the limited card pool.

Moving into the semi-finals Lothar, and JustSaiyan were up first. The high point of game one was when Lothar had to use Alexstraza on his hero to establish board control, and brought his life total of 30 down to 15. The large minion was too much for JustSaiyan, and gave Lothar a 1-0 start in the match. Game two saw some next level topdecking when Lothar pulled a Wrath from Starfire, giving him the only possible out against Saiyan’s overwhelming board presence. It won him the game, as he was able to clear the board, and save his life total with an Ancient of Lore due to JustSaiyan’s Rogue running out of steam. The final game of the series was filled with Stormpike Commandos. The shenanigans started when Lothar used a Recombobulator on his Stormpike, and received a Stormpike Commando for his troubles. Commando world was in full swing when JustSaiyan decided to use Gang Up on Lothar’s Stormpike, but it wasn’t enough to give him the tempo he needed to survive. Lothar took the series with a clean sweep of 3-0, and became the first finalist of the day.

In the last game of the semi-finals Neirea, and Forsen faced off, in what looked to be another 3-0 match. Neirea took the first game with very strong Warlock plays, utilizing Power Overwhelming into Shadowflame combos that generated too much tempo for Forsen to deal with. Game two also belonged to Neirea, when he started out with an excellent lead on Druid in the early game, and continued to dominate with lots of removal. Forsen began his win streak in the third game, using his slower Priest to generate tempo with Shadow Madness plays against Neirea’s Priest, and finally closing out the game with a Holy Fire. In game four of the series, Forsen brought the only successful Rogue deck in the tournament up against Neirea’s Priest. The final blow was delivered by a very unlikely combo of Faceless Manipulator on a 9/2 Brewmaster with Coldblood that Forsen had used stealthed the previous turn with Master of Disguise. Going into game five, the score was tied 2-2, and it was anybody’s game. It started out very slowly, with both players hero powering for the first few turns. However, Forsen had a full compliment of totems at the end of it, and was able to deliver a massive 24 point burst to Neirea with Windspeaker, and Rockbiter on an Earthen Ring Farseer into a Crackle, and Lava Burst. Forsen moved onto the finals, pulling a reverse sweep on Neirea, 3-2. 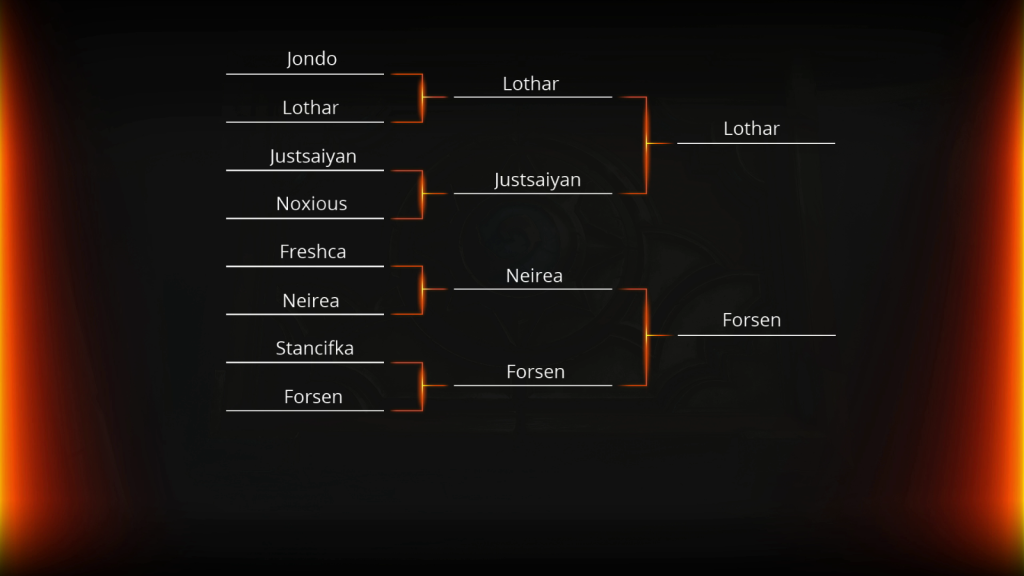 The finals of Challengestone 3 changed format from Best of 5 conquest, and moved to a Best of 7 revival. This means that contestants must win with each of their decks once, and then they will be allowed to revive a deck of their choosing for the final match. In addition, they will be given the chance to revise their decks by replacing up to two cards, as long as they adhere to the given challenge. Be sure to check the Replay VoD for more information on each player’s adjustments. The finals begin at 5:14:00.

The finalists for this month’s Challengestone are Lothar, and Forsen. They’ve each battled through many tough opponents, and have shown their superb deckbuilding and execution skills. Game one started out with Lothar going aggressive with his Priest, consistently playing on curve from the very beginning. The pressure was too much for Forsen’s Shaman, and the buff spells, in addition to the tempo generated from cards like Shadow Madness sealed the deal as Lothar took game one of the series. The next game saw Forsen have a very slow starting hand on Priest. Lothar’s Druid was able to take a commanding lead, and punish Forsen with a large amount of spell burst that allowed him to win with a Starfire into Swipe. Game three was Forsen’s time to shine, when his Priest was able to stall the game long enough for Lothar’s aggressive Hunter to run out of steam. Forsen’s card advantage was too great, and Lothar conceded after Cabal Shadow Priests decimated his board. The fourth game of the finals saw the return of Forsen’s Rogue against Lothar’s Hunter. Forsen once again utilized his Coldblood into Faceless combo to burst Lothar down from 22 health, and tying the series 2-2. Lothar took game five in an unusual manner, when Forsen Hexed one of Lothar’s minions, and gave him the beast he needed to activate both Kill Commands in his hand. Lothar used this to great advantage, and established solid board control that Forsen couldn’t come back from. Game six held the first revival of the series, with Lothar reviving Priest to combat Forsen’s Shaman. The Priest fell short, however, when Forsen coined out a Blackwing Corruptor, into another Blackwing Corruptor on the following turn to gain a massive tempo swing and win the game. The series going into the final game was tied at 3-3. Forsen chose to revive his Shaman against Lothar’s Priest, but goes for a slower, more control oriented line of play this time around. It pays off in the end, as a double Air Totem becomes the driving force that allowed him to out value Lothar, and win the tournament. 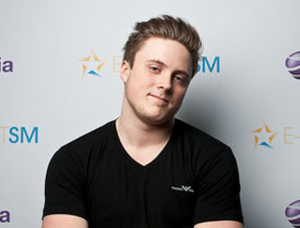 Hopefully, Forsen will return in the next Challengestone to defend his title. In the mean time, however, you can catch up with him as he captains Team ForsenBoys in the Archon Team League Championship. Challengestone 4 is something to look forward to, as the format brings a unique format to Hearthstone, so until then, we’ll see you next time.