The final rounds of Challengestone 4 were some of the best the tournament has produced. The semi-finals were a Best of 7, with one revived deck. The two competitors that make it to the finals were allowed to modify their decks. Going into the semi-finals, Ekop faced off against Lothar in the first series. Firebat, and Kolento went head to head in series 2, and the winners of each fought in the finals for the title of tournament Champion, and their share of the $3,000 prize. 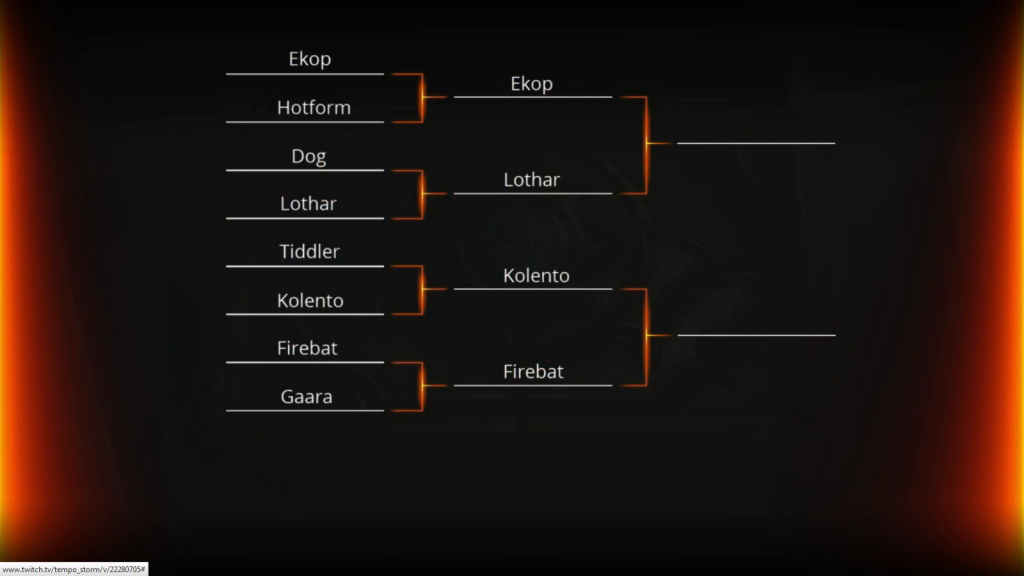 Both players in series 1 steamrolled their way through the group stage of the tournament, each of them achieving a 3-0 score against their respective opponents. Ekop in particular has shown himself to be a well rounded deckbuilder, and prepared for anything Challengestone had to throw at him. However, in game 1 of the series, Lothar established an early lead with a flurry of Arcane Missiles from Rhonin boosted with Bloodmage Thalnos. Game two was a different story, though, when Lothar started the game with a high cost hand, and allowed Ekop to get an easy win with his Mage deck. The 3rd game was a mirror match, with both players on Druid. Sylvanas was the MVP of the game for Lothar, when she stole Ekop’s Ancient of Lore, and put him too far behind to be able to catch up, and lost the match.

In game 4, the classic matchup of Priest, and Handlock played itself out to its inevitable end, when Lothar fell to Ekop’s Jaraxxus in the late-game, and was ground down over 3 turns from full health. The final game of the series, Lothar put his faith in his Priest deck, once again, and Ekop was able to establish an early lead on Druid due to Darnassus Aspirant. Things went sideways after that, when Lothar’s Sylvanas stole the Aspirant, and put him a turn behind in Mana. That, combined with Ekop’s early ramp forced him into an awkward position, and he was unable to stop the flood of minions. The final score was 3-2, Ekop. 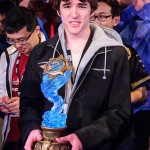 The 2nd series of the semi-finals pitted two masters of the craft against each other: world class player Kolento, and last year’s BlizzCon Champion, Firebat. Game 1 saw Firebat on Hunter, and Kolento on Druid. The faster Hunter deck won out, with an unusual Leeroy Jenkins into Justicar Hero Power play. The mirror match of Paladins played itself out in game 2 of the series. Firebat lived the dream, when he was able to curve out perfectly in the face of Kolento’s bad draw. He sealed the deal with a Mukla’s Champion, and an Old Murkeye from a Murloc Knight. The 3rd game was a bit more even in the early game, with both players curving out fairly well. Kolento’s turn 7 Dr. Boom was too much for Firebat to handle, though, and he lost the match, putting the score at 2-1.

Game 4 was a Druid mirror match, and another solid match for Kolento. His wall of taunts stopped Firebat in his tracks, and Dr. Boom closed out the game in favor of Kolento. The last game in series 2, Firebat was able to stall Kolento’s aggressive Rogue play with his Druid. His key to victory was when he stole Kolento’s Sylvanas, and established a clear tempo lead. The final score of the series was 3-2, Firebat. 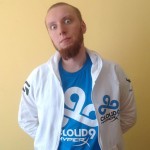 In the finals Ekop, and Firebat fight for their chance at the Challengestone 4 title, and the lucrative $600 in prize money. Ekop established a powerful board in game 1, and left Firebat unable to react. He easily won the game with an onslaught of midrange minions, and took the lead over Firebat. Despite the strong removal Ekop packed in game 2, Firebat pulled ahead with Leeroy a few turns later, and finished him off. Millhouse was the winning play from Firebat in game 3, several turns of the mighty gnome, followed by an inspired Old Murkeye overwhelmed Ekop, and put the score at 2-1, Firebat.

Cenarius paved the way to victory for Firebat, yet again in the 4th game of the series. After a fierce battle for the board in the midgame, Ekop’s mage was left with no board while staring down Firebat’s strong board on Druid. Once Cenarius was in play, it was all over, and Ekop conceded the round. The final game of Challengestone 4 saw Ekop taking a defensive line of play, while Firebat attempted to beat the clock with face damage. A Black Knight sealed the deal, however, when Firebat used it to get past Ekop’s taunt, and cut him down to single digit hp. Leeroy Jenkins became the finisher of this exciting tournament, as Firebat takes his place among the Challengestone champions! The final score, 4-1 Firebat.