Last weekend 40 of the best European Hearthstone players played their way through a grueling bracket to decide the 8 players who will qualify for the main event. Some notable players in the top 40 included:

Both players seemed to have a very similar idea of the strong classes currently in the meta, both bringing Warrior, Warlock, and Druid. In game one ThijsNL brought his Druid against Lifecoach’s Warrior. ThijsNL got off to a strong start getting his Emperor out on turn 3 with Innervate and a Coin, but Lifecoach soon had an answer, filling up his board with six Patrons on turn 6 with two Inner Rages and a Whirlwind. Thijs did not have a good answer for the Patron spam and Lifecoach took the win soon after.

Game 2 featured Lifecoach’s Warlock vs ThijsNL’s Druid. Thijs got off to another strong start here getting a Druid of the Claw and a Big Game Hunter to destroy Lifecoach’s Mountain Giant on turn 4. Thijs kept the momentum going and Lifecoach did not have an answer for Thijs’s impressive board and he tied up the series a few turns later.

Game 3 was ThijsNL on Warrior and Lifecoach on Warlock again. Thijs kept up the theme of the series throwing down minions early to keep up the tempo. Lifecoach had to make a somewhat inefficient play by sacrificing his Twilight Drake with Shadowflame to clear Thijs’s board but it ended up paying off because Thijs didn’t have any other immediate threats in hand. Lifecoach stalled out for a while with a Healbot and then dropped a Mal’Ganis to try to protect himself against Thijs’s incoming Frothing Berserker but it wasn’t enough as Thijs took the win to go up 2-1 with an 18 attack Berserker.

Game 4 featured the Warlock mirror matchup for the Nihilum teammates. Both players were running a Handlock variant. Thijs managed to drop his Mountain Giant first, putting a lot of pressure on Lifecoach. Lifecoach didn’t have an answer to the Mountain Giant, being forced to leave it at one health after dealing with a follow up Emperor from Thijs and that pretty much spelled the end of the road for Lifecoach as Thijs took the win next turn with a Dr. Boom. 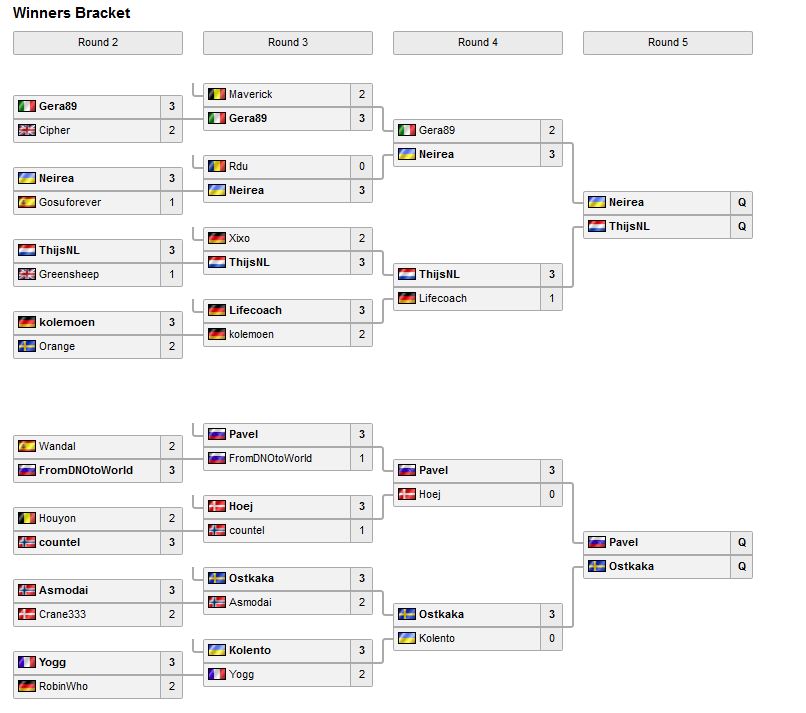 Meanwhile in the loser’s bracket Lifecoach, Gera89, Maverick, and Hoej advanced through to qualify for the Regional Championship in Prague. Lifecoach only needed to win one series against Orange because he did so well in the winner’s bracket. The same was true for Gera89 as he defeated a red-hot SilverName 3-2 to qualify as the only Italian player. Maverick had an incredibly impressive run through the loser’s bracket going 3-1, 3-1, and 3-2 against the likes of SK Gaming’s Freakeh, Nihilum’s Rdu, and Cloud 9’s Kolento to qualify while newly signed Navi player Hoej swept the Spaniard Wandal 3-0 to qualify. 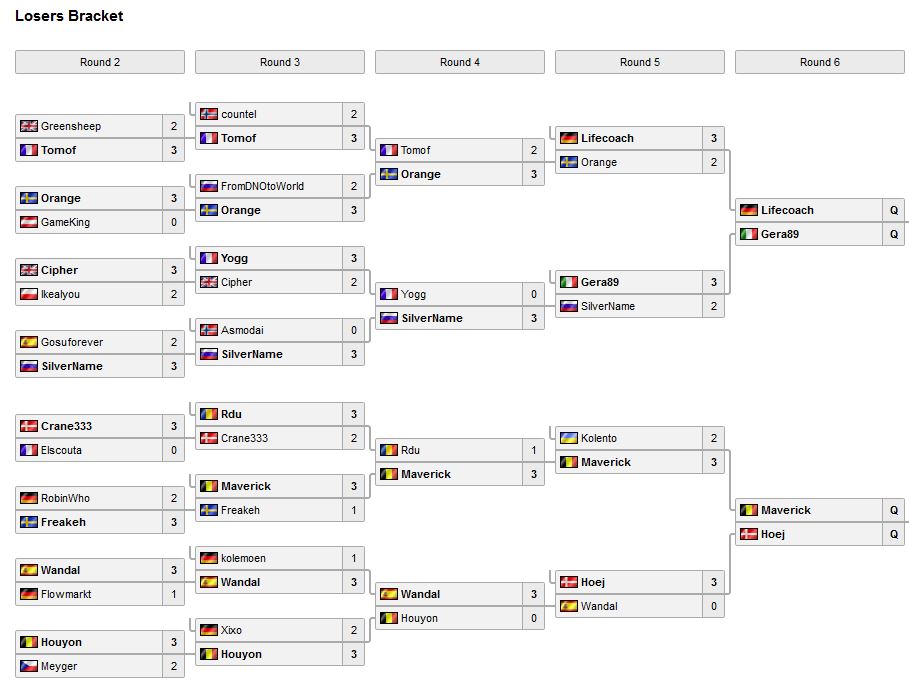