Now, to say the meta is a bit stale seems harsh. YES, there are some decks that are more prevalent than others; however there is at least some variety.

However, it’s Amaz’s incredible Team League Tournament that’s opened my eyes up to something interesting of late and I thought I’d take the time to sit and discuss my findings with you all today.

For those of you that don’t know what the Archon Team League is about, I’ll break it down in a simple way.

What makes this unique from conventional tournaments is the breakdown of the 6 decks over the 3 players.

Initially, I expected the tournament to have the well-known players playing the decks that they have become established with. But in reality, the tournament seems to have identified 5 “top classes” and the “6th spot” seems to be the point of contention.

The dominance of Warrior (both control and patron) Rogue (oil) Warlock (Zoo, Demon and Handlock) Hunter (typically face/midrange) and Mage (freeze) is rife.

Essentially these 5 classes appear on each team almost every time. It’s the 6th slot that defines the competition to an extent, shown in several matches.

Matches where this weak 6th deck fundamentally looked second class to the other decks in the meta and essentially changed the very nature of the game we are used to.

In week one, Forsenboys took on Tempo Storm. 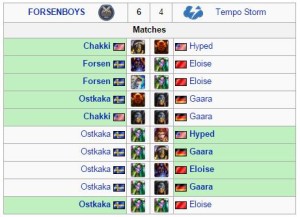 As you can see, Forsenboys jumped out into a 5-0 lead, but the weaker Druid deck took 5 matches to find its win.

In week 2, Cloud 9 versus Team Liquid 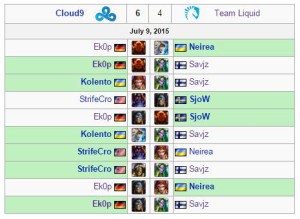 Now to say that everyone has used the 5 major decks is unfair, as, there have been circumstances where teams did not show up with the “Big 5” and in some respects, in a recent interview Brian Kibler explained that actually, playing around with the meta and turning up with something out of the blue might actually lead to some wins. In the Tempo Storm Vs Cloud 9 match, Hyped, well known in tournaments and on ladder for his Control Warrior turned up with Patron unexpectedly leading to a handy win.

However, statistics really speak for themselves.

Across the first 4 weeks of the tournament the big 5 classes have been picked a huge percentage of the time, with both the Hunter and Warrior class featuring in both teams in EVERY match so far and Rogue only missing one pick across the 4 weeks played so far. 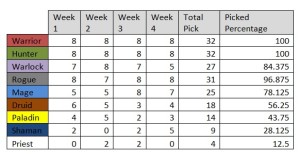 Interestingly, the big sleeper in the tournament so far seems to be Shaman. Despite only being picked 9 times, its gone on to win 8 times, only falling foul in the Tempo Storm Vs Team Celestial match in week 4.

Brian Kibler has used the Shaman deck 3 times over the 4 weeks and currently remains 3 for 3 on the deck, proving that whilst it might not be one of the big 5 per say, it definitely has a great match up when used by the right player.

How is the new release going to change the meta however?

With the release of a relatively small card pool with Blackrock Mountain we saw the emergence of Patron and powerful cards such as Emperor Thaurissan.

Hopefully the new Grand Tournament will also wow us with some brave new decks and bring about a resurgence of the decks which have fallen out of favour. 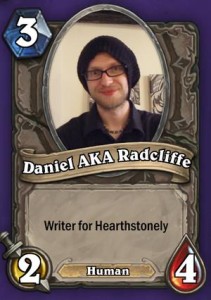 Previous ArticleA Guide To Pro Tournament Decks for Every Class
Next Article An Interview With Blackout – Tournaments, Teammates, and Afterparties.