Greensheep handily dispatched FTWGalvao in round 1 while Gaara 3-0ed StanCifka to set up a Team Dignitas vs Tempo Storm match as Greensheep met Gaara in the quarterfinals. After three quick rounds Greensheep advanced to the semi-finals against France’s weasel2259 who he also swept to punch his ticket to the finals.

Meanwhile on the other side of the bracket, Team Dignitas’s Blackout managed to narrowly avoid elimination against pokrovac, eking out a 3-2 victory before felling TheFallen 3-1 in round 2. In the semi-finals Blackout again was victorious against the red-hot Thalai from Spain which set up an all-Dignitas grand final as Blackout took on Greensheep with $5,000 on the line.

Greensheep opted to start the series off with an Aggro Paladin deck which quickly took down Blackout’s Patron Warrior deck. The finalists managed to continue trading wins back and forth pushing the match to a deciding game 5. In game 5, Greensheep’s own Patron Warrior deck managed to outlast Blackout’s Hunter and Greensheep took the victory earning himself $5,000 and 50 Hearthstone World Championship Points!

In the third place match, Thalai took down weasel2259 3-1 to lock down $1,500 and 10 Hearthstone World Championship Points for Samsung Gaming eSports.

Congratulations to Greensheep and Team Dignitas for an incredible showing at Dreamhack Valencia. Greensheep’s combined record throughout the playoffs was a staggering 12-2. Veterans of the scene will have to watch out for the young talent on team Dignitas as the world looks towards Blizzcon. 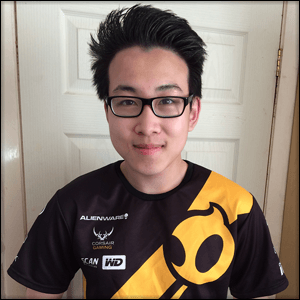