Over the course of the next few weeks we are going to be reviewing the top decks that appear in the professional Hearthstone tournaments. We will look at the various different types, the cards people are using and their place in the current meta.

Handlock is probably one of the earliest decks to hit the tournament scene in Hearthstone and has maintained a presence in the professional scene since the early days. At some stage pretty much all the pro players have played the deck, but its perhaps a deck most frequently associated with Lifecoach, whose slow methodical way of thinking fits with a control deck of this type quite well.

The deck uses the Warlocks draw engine to give card advantage and play into the cards that benefit off of hand size, namely Mountain Giant and Twilight Drake. 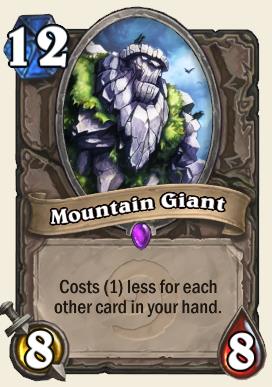 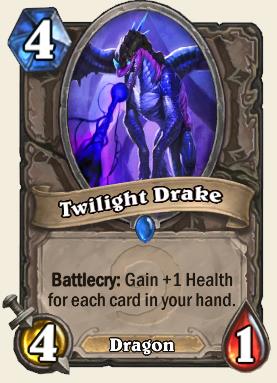 These creatures capable of hitting the board on Turn 4 swing the tempo massively in the favour of the warlock deck.

However, in an era of fast paced aggro decks, a large creature on Turn 4 doesn’t necessarily win the game, particularly with the presence of BGH in the scene.

Another factor that the Handlock deck takes into account is ways to deal with fast aggro decks through the use of large board clears and taunts.

Warlock has access to two of the best board clears anyway, through Hellfire and Shadowflame, however, the deck also picks up cards like Sunfury Protector and Defender of Argus, which when combined with the likes of Twilight Drake and Ancient Watcher can create a massive wall for the aggressive decks to get through.

This backed up with life gain from Antique Healbots and the seemingly ever present Sludge Belcher, means the deck survives well before getting its threats onto the board. With Dr. Boom supporting the Mountain and Molten giants, the deck quickly eats through the health total of opponents once board control is established.

In the current meta Handlock is returning to be one of the favourite decks in the scene. Its particularly strong against other control decks and due to its heavy Taunt presence and large creatures, deals comfortably with both Oil Rogue and Patron Warrior.

Despite its massive board clears, the deck does have some weaknesses however, notably to hyper aggressive decks such as Face Hunter and to some decks that focus heavily on focused spell damage, like some variants of mage and recent developments of Malygos Shaman and Mage.

That said; it’s a truly consistent deck offering up a plethora of interesting mechanics and decisions in the game.

With the option to have some variant cards in the deck to deal with peaks in the meta as well, such as Harrison when Rogues and Warriors seem to be about, Zombie Chows to help deal with fast aggro decks and even Sylvannas (a card which seems to have fallen out of favour of late, though its still one of my favourites in the game) you can tailor the deck with minor tweaks to gain significant advantage over the scene.

If you haven’t tried it yet and want to let the rope burn down whilst considering your moves like Lifecoach, I strongly recommend you give it a try.

Until next time… “SHIELDS UP” 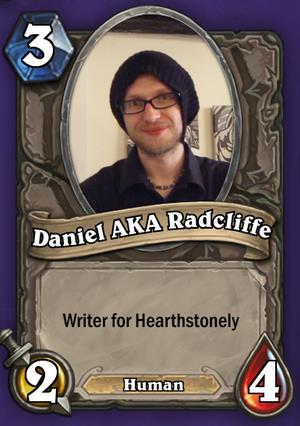