Join me as I talk with Magic the Gathering Hall of Fame Legend, and avid Hearthstone professional, Brian Kibler, of BMK Gaming. The man needs little introduction, he’s been in the CCG scene for over a decade; he is currently a game designer, and full time Twitch streamer. He has worked on the World of Warcraft card game, Ascension, and his newest project is Solforge. Currently, he is playing in the ATLC on Team Value Town. 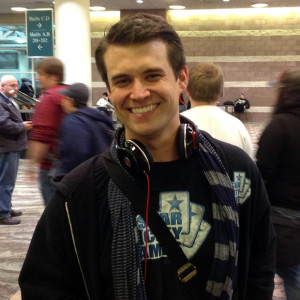 Hello Brian, glad to have you with us at Hearthstonely. What aspect of Hearthstone made you decide to play on a competitive level?

“The most attractive thing about competitive Hearthstone to me is how convenient it is. I can play in a major tournament in my pajamas at home if I feel so inclined!”

In the ATLC you’re on Team Value Town, how has this influenced the way that you approached your matches?

“The team format has certainly led me to take the competition much more seriously. In individual tournaments, if I do poorly, it only impacts me, but in ATLC, I have both Trump and Dog reliant on my success, and I don’t take that lightly. I don’t want to let my team down!”

You’ve been competing in tournaments for over 15 years. What would you change about Hearthstone events, in order to better showcase player skill?

“I’d like to see more open tournaments in Hearthstone to allow new blood to make its way onto the scene. Most tournaments to the his point have been largely invitation based to maximize viewership, which is understandable given the motivations of the sponsors, but I think the game needs to expand the breadth of its competitive player base to really grow.”

How do you feel about the RNG inherent in Hearthstone when it comes to tournament play?

“I think some of the more explicitly random cards can be really frustrating as a competitive player, but I think their impact is often overstated and both players and commentators dwell on them too much. Yeah, luck is a factor in who wins any given hand of a card game, but we all knew that when we started playing.”

Which professional players do you most enjoy going up against?

“The lack of face-to-face social interaction in Hearthstone makes it tougher to create real rivalries or anything like that. I do enjoy playing against StrifeCro, since we tend to have good conversations about the outcome and lines of play available in the games we play.”

How has playing Hearthstone caused you to change your MTG play style?

“It hasn’t had a real impact on how I play Magic, though it has meant that I play Magic Online much less. I really hope that Wizards of the Coast can catch up in the digital space, because they’ve been behind for years, and Hearthstone only make that more clear.”

As a game designer, do you feel that there are any drawbacks to the digital nature of Hearthstone?

“Digital games don’t have the same social elements as playing games in person, and the lack of face-to-face interaction can lead to more toxic community elements. Twitch helps a great deal in creating a shared space for players of games, but Twitch chat can often feed that same toxicity.”

You were the first champion of the popular Challengestone show match. How do you feel Tavern Brawl compares to it?

“I’ve really enjoyed the Tavern Brawls with a deckbuilding element, and haven’t really gotten into the others. I like Tavern Brawl as a way to offer new ways for players to think about the game and existing cards, but understand that the simpler plug-and-play style experiences are more appealing to the less heavily invested audience without big collections.”

If you were to take any portion of MTG and implement it into Hearthstone, what would it be and how would it impact the game?

“I’d love to see Hearthstone develop a tournament structure like the one Magic has, with organized play offerings at a whole variety of levels for different types of players. Magic players of any skill level can find meaningful competition pretty much any night of the week, and while I think the ranked ladder system in Hearthstone is great to a point, it is quite repetitive and looses its appeal quickly to a lot of people.”

If you could redesign any Hearthstone card, which would you choose and how would you do it?

“I think the most troublesome cards in Hearthstone right now are those that push the game to be exceptionally burst-damage focused. I think its fine if there are some decks that focus on winning with that kind of plan, but I dislike the fact that the game so heavily revolves around them. The biggest culprits in this are the card draw effects that make it so easy to piece such combos together, like Battle Rage and Lifetap. I suggested a change to Battle Rage recently on my website, simply no longer counting the player in the count of damaged characters, since I feel that card has too high of a ceiling for how low its floor is, but Lifetap is a much harder nut to crack.”

Thanks for talking with us, Brian. We look forward to your future performances in the world of Hearthstone, and good luck in the ATLC!. You can catch Brian on his Twitch stream, follow him on Twitter, or watch his YouTube.