Octavian “Kripparrian” Morosan is one of gaming’s most recognized names when it comes to hardcore play, and content creation. He’s one of the few streamers to mantain a large following across several games, and is currently focused on Hearthstone. He is considered to be one of the best Arena players in the game, and has done a fair amount of casting, along with hosting his own series of tournaments, Challengestone. I interviewed him recently, via email, during his hectic scheduale of The Grand Tournament reveal, and attending Gamescom. 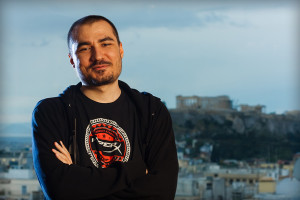 The Grand Tournament is right around the corner, and seems want to fill a niche within Hearthstone, instead of adding more power to the game. How do you feel it will change the meta in the Arena?

“Arena is largely a tempo game because of the low frequency and effect of board clears. Their effect goes down with each expansion because creatures are harder to kill with one wave of damage. The frequency also goes down, quite considerably with TGT, as more cards enter the pool. TGT adds healing cards, but still fails to add clears. Healing is enough to push aggressive decks out in constructed, but it doesn’t work to stop tempo decks in arena. As such, a tempo arena meta will continue.”

At Gamescom, you had the chance to play around with both the Inspire, and the Joust mechanic. Do you feel that either of these will fit into existing decks?

“Inspire works as a deck of its own (ideally), as cards become stronger when they can all trigger off of the same hero power use. Most inspire cards will not see play in existing decks, but that doesn’t mean they won’t see play. Several jousting cards appear to be strong enough to fit into existing decks.”

You’ve done casting for quite a few tournaments recently, much to the delight of fans. What is the most enjoyable aspect of casting for you?

“Hearthstone is a very pleasant game to watch because most people will have different opinions of how each turn should play out, and they are instantly gratified with a solution from the player. Casting is just like this, except it feels kind of like hanging out with a friend who has their own opinion on each part of the game as well.”

You are easily one of Hearthstone’s top streamers. Do you ever get the chance to watch other streams, and if so, who are your favorites?

“I don’t have any time to watch streams. When I did, I enjoyed watching Trump play arena and Forsen play miracle rogue. Two experiences that I believe are quite uncommon these days.”

It seems that you would be a great Challengestone player, given your vast Arena experience. Do you have any plans to compete in the tournament, yourself?

Tavern Brawl has received mixed reviews from fans and pros, alike. In your opinion, what can Blizzard take from Challengestone to improve the Brawl mode?

“Many Tavern Brawl rules fail to change the game experience. In some weeks it plays too similarly to arena, in others, too similarly to constructed. The first rule of Challengestone is to create a new hearthstone experience, and it should be the starting point of every brawl.”

Switching gears a bit, you are well known as one of the best Arena players in the world. However, your forays into constructed are usually quite brief. What would Blizzard need to change about constructed for you to want reach Legend?

“I would need a real rewards structure or a constantly changing meta in constructed to play seriously. That said, I still have a lot of fun with my limited ranked play.”

You have been pvping in the MMO scene for over a decade now, since Dark Age of Camelot. As a DAoC vet myself, I find that the pvp mindset has helped a bit with the transition to a card game. How has your pvp background influenced your Hearthstone thought process?

“I’m not so sure that it has, MMO pvp was always very easy for me when played solo. Group play pvp is much more difficult as you have to work with your allies better than how your enemies work together, but this is not really a factor in Hearthstone.”

Hearthstone has no shortage of overpowered cards. If you could change one card, what would it be, and how?

“Flamestrike. From common to epic.”

You recently returned from a year of living in Greece. How does it feel to be back, and what did you miss most about Canada?

“Feels good to be back. Canada had a lot of food items I missed, like Falafel. Greece had quite a few great eats as well, so its mostly a tradeoff.”

Thanks for the interview, Kripp. We wish you luck in the upcoming TGT madness! You can keep up with Kripp by checking out his Twitch stream. He also uploads YouTube content on a daily basis, and frequents Twitter.