David “Shoop” Steinberg started playing Hearthstone in the early days of the game, almost two years ago. Shoop plays for Team Vicious Syndicate (vS), and as a former competitive chess player, he’s no stranger to the tournament scene. He has a laundry list of achievements in Hearthstone, including 1st place in the ONOG EU Qualifier #1, as well as 3rd place in the ONOG NA Qualifier #2. Shoop has attained Legend rank for 12 seasons, and placed in the top 100 Legend bracket four times. If you’d like to know more about Shoop’s accomplishments, and Team vS check out our Team vS Spotlight. Join me, as I talk with him about the game we all know and love, Hearthstone. 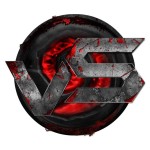 Well met, Shoop! Welcome to Hearthstonely, we’re glad to have you with us today.

According to your player bio on the Team vS site, you were into WoW heavily during highschool, and chess in college. What made you decide to switch your primary focus to Hearthstone?

I moved away from WoW and chess due to time constraints.  WoW’s time commitment speaks for itself, but many people don’t know that the most competitive chess tournaments allocate 4-6 hours for a single game.  That means that a 5-game event consumes an entire weekend, and larger 7-9 game tournaments require vacation time.  I tried to play in one or two of those while working full time, but both my job and my tournament performance suffered.  Hearthstone makes it easy to fit in an arena run or a qualifier tournament on a weeknight, so I was able to practice and improve without sacrificing my sleep or social life – to the point where I eventually quit my job to play Hearthstone full time!

You’ve been with Team vS since you started in professional gaming. How have they helped you to improve as a gamer, and what do you enjoy the most about being on the team?

vS is a highly diverse team in terms of playstyles and interests.  I’m a midrange/combo player primarily, and my teammates have been invaluable in helping me understand the strengths of aggro and control decks outside my comfort zone, as well as teaching me how to see lines of play that suit those decks better.  Game skills aside, though, I’d have to say that my favorite thing about vS is the camaraderie.  Grinding legend ladder is a long and solitary process, and knowing that there’s always a teammate around who I can call to strategize and commiserate with helps a ton.

Each team does things differently when it comes to tournament preparation. Do the members of Team vS have their own practice groups, or do you help eachother prepare prior to big tournaments?

vS will often run a few practice matches leading up to major open qualifiers, but since all of us play such different decks, it’s sometimes hard to practice together and give each other productive advice.  On the other hand, after our recent run of LAN qualifications (ESL, ASUS, and the APAC Regional Championship), we’ve gotten quite good at researching and preparing/teching for specific opponents.

Tuesday Night Hype is one of the things Team vS is known for on the Hearthstone scene. What is the secret sauce that makes TNH stand out over other weekly tournaments?

I think a major factor in Tuesday Night Hype’s success has been its group stage format.  Everyone, from first-time tournament players to seasoned pros, signs up for an event hoping to play more than one match.  Round robin groups reduce the impact of variance, making it easier for skilled players to advance, while still giving everyone the opportunity to play multiple matches.

Blizzard has released multiple expansions for Hearthstone over the last year and a half, and this has made it difficult for new players to get into the game. What are your suggestions for ways that Blizzard could help out newbies, and get them to stick around?

I’d love to see some kind of free deck or card set on weekly rotation.  I’ve had many friends ask me how to get started with this game, and it’s a shame that on a new account, it would take months of f2p or $50-$100 to show them even the cheapest of high-level competitive decks.

You’ve hit Legend rank 12 times since the game’s launch. In your opinion, how has the ladder changed from your first few seasons to now?

This may be contrarian, but I don’t think ladder has changed much at all!  There’s usually one flavor-of-the-month deck that makes up 20-30% of matches, and players who reach Legend (or top 100 Legend) either play that deck better or understand their deck’s matchup against that deck extremely well.  I don’t think this is necessarily a bad thing – I hit Legend for the first time playing Handlock against Undertaker Hunters.  If you can avoid tilt and focus on learning the matchups that matter, most decks can hit legend (top 100 is another story, of course).

A little over 3 months ago, Blizzard launched Tavern Brawl. What are your thoughts on the game mode, and do you play it often?

I play Tavern Brawl once a week for the pack.  I enjoy the format (Ragnaros vs Nefarian is still my favorite), but I also enjoy learning more about standard Hearthstone, and I don’t feel motivated to put more time into Brawl without any tournament or in-game incentives to do so.

Randomness has been a hot topic as of late, with some major tournaments decided on the back of a dice roll, as opposed to player skill. What’s your take on the amount of RNG in Hearthstone?

In general, I think some RNG in Hearthstone is appropriate; most complicated games with chance have some scenarios where one side loses by force, and I don’t see much difference between hand quality and well-aimed knife juggles there.  However, there are two issues that I think need serious work.  The first is single-card blowouts – a Tempo Mage’s turn 2 portal into turn 3 Mysterious Challenger is effectively impossible to answer, and Doomsayer or Explosive Sheep off your own Shredder can be almost as bad.  When RNG off one card is so bad that even the best hands can’t compensate for it and equalize, player skill becomes irrelevant.  The second is tournament formats.  Most major events today are fully single-elim or have single-elim portions; Swiss formats would mean a player’s tournament life is much less likely to be singlehandedly ended by that kind of RNG.  I know many players were considering quitting or have quit after losing in the single-elim Last Call events; more Swiss tournament formats would lead to a much healthier pro and semi-pro community.

Quite a bit of controversy has been raised in recent months over the strength of the Grim Patron warrior deck. If you were in charge would you change this deck, and if so, how?

I think people find it unpleasant to watch or lose to Patron Warrior and forget to look at the deck’s overall performance.  According to LiquidHearth, players who made it to Regional Championships brought Druid than Patron (22 to 15), and Druid’s winrate in pre-TGT tournaments was 53% to Patron’s 50%.  I’d also like to see less Patron in tournaments, but I don’t want it to vanish entirely; I think a tournament format other than no-ban Conquest would allow players to bring a wider variety of decks and shake up a stale tournament metagame without requiring a nerf to a good-but-not-overpowered deck.

In the competitive Hearthstone scene, there are some cards that work, and many that don’t. What is your favorite non-competitive card in the entire Hearthstone collection?

I have a soft spot for Naturalize.  One mana hard removal is incredibly strong (see Warrior), but the meta will never be slow enough that it’s good in most matchups.  Still, I can always dream of Force of Nature + Savage Roar + Naturalize…

Thanks for taking the time to chat with us, Shoop! We wish you luck in future seasons, and on the tournament circuit. Be sure to check out his latest twist on Freeze Mage, which he took to Legend on both NA, and EU last season. You can catch up with Shoop on his Twitch channel, Twitter, and on the Team vS site.