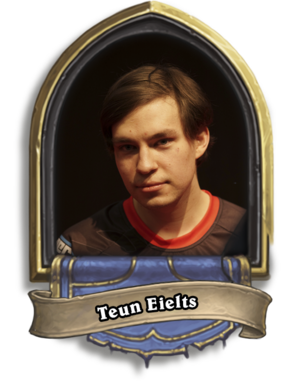 Teun “Vortex” Eielts from the Netherlands has had a pretty amazing year so far. With a victory at the Assembly in January and then a top 4 finish at the recent AsusRog Tournament he has really put a mark on the professional Hearthstone scene. I caught up with him to find out how he felt about the game, different formats and where he wants to go this year.

Daniel AKA Radcliffe – You are currently playing for Team Fade2Karma. Teams have become a popular point of conversation in the world of Hearthstone in the last few months, thanks to Amaz‘s Team League. Would you like Fade2Karma to get a spot for that in the future and how well do you think you would do?

Teun “Vortex” Eielts – Our team is one of the newer teams in Hearthstone but we had some great results with recent tournaments, I think this mainly has to do with the structure our team has. It’s not only the players that are responsible for the results we achieve we got analysts and a coaches we all work closely with. You see alot of teams taking this approach and it’s a must in my opnion. I think if our team would get a spot in amaz team league we would show that we are a power house to be reckoned with. strict practice regimes and lots of testing to make sure can get the best results possible.

Teun “Vortex” Eielts – Honestly I think there is a place for lots of different formats for example the last blizzard format last hero standing wasn’t that bad as well. For example if you come up with an awesome new deck you would be rewarded for being creative because you could go 3-0, now if you win once with its out and you can’t use it anymore or it actually turns out to be worse than you think it is and you get 3-0 that’s why people don’t like to bring new stuff and mostly stick to what they know plus tech choices or a bit of a different variant.

Daniel AKA Radcliffe – The meta right now actually has an interesting balance. Whilst on the more aggro side of things, there are examples of Aggro, Tempo, Control and Combo decks in the format. How do you think the Grand Tournament will affect the meta, if at all and do you think any of the new mechanics will make an impact like Grim Patron did from Blackrock.

Teun “Vortex” Eielts – It’s hard to tell without seeing all the cards but if you think about it inspire is actually an mechanic that forces people to use hero powers. which means blizzard tries to slow down things on board. same as jousting you get rewarded for having higher minions in your deck lots of players will try to build decks around it. I’m curious what happens if you just play a super fast aggro deck because most players will have slower decks only time will tell. But most likely i’ll just spam patron warrior.

Daniel AKA Radcliffe – Helsinki is turning into a great place for you to travel ,what with the amazing 1st place at Assembly in January and then a 3-4th spot at AsusRog a few weeks ago. How do you feel about tournament invites though and are there any events you really want to attend this year?

Teun “Vortex” Eielts – I love Helsinki and hope I can continue going there. I think invites are part of hearthstone and seems unfair to players but it’s something you have to work for and prove that you are worth the spots. Some events are even worse than others. For example lots of players have to play through an open bracket and top 8 get added to the 8 invites and in the end it turns into a single elimination bracket of 16 players. Basically if a pro player wins 1 game and they already get HWC points or they lose their first game and have travelled all the way there for just playing 1 game. I liked the way how AsusRog did it 50% invite and everyone starts at the same seeding. Im looking forward for Dreamhack, IeSF and SeatStory cup

Daniel AKA Radcliffe – Team Netherlands showed up well at AsusRog with both yourself and ThijsNL finishing top 4. Magic the Gathering has a big international tournament. Would you like to see a “World Champs” based on nations at some stage in the future so you can represent your Country?

Teun “Vortex” Eielts – I attended the ieSF where 1 player per country  go to represent their country having won the dutch qualifier and I finished top 8 in the main event it was one of the best tournaments I have been to. Everything was arranged really nicely and they treated the players as professional sportsmen. However, they change games every year and I hope they keep hearthstone for 2015. I also heard some rumors there might be a nations team league for hearthstone. (something Daniel AKA Radcliffe very much would like to see)

Daniel AKA Radcliffe – You wowed with your Paladin deck back in January, but back at AsusRog took very different decks. Whats your current favourite decks and why?

Teun “Vortex” Eielts – Well it was simple with conquest + 1 ban format which was way more complex than other formats and we as a team gave it lots of thought. I ended up with a line up that would ban a non weapon class “warlock” and play lots of weapon removal and no BGH, because most Warriors would be Patron there is no need for BGH and you ban Warlock to avoid Handlock and so BGH doesn’t have that many targets. Also, in recent tournaments we’ve saw lots of aggro line ups. My favorite deck is Patron at the moment and its seems like a disgusting pick to most players but the deck is so complex and you have lots of planning ahead when to hold cards and of course crazy math!

Daniel AKA Radcliffe – lastly then… *passes the ban hammer* Which card needs banning for Hearthstone and why?

Teun “Vortex” Eielts –  This is a good question and if I have to think about it I would say pilot shredder because a 1/66 outcome can win you or lose you the game. Im fine with RNG but crazy portals and shredders are bad in competive play in my opinion. 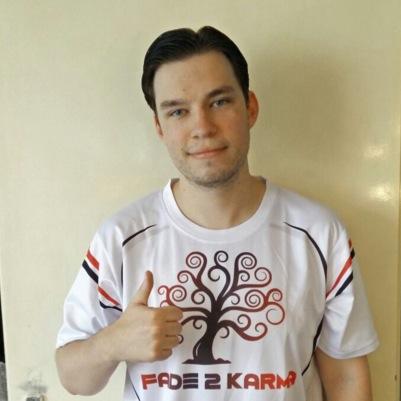 Hope you all enjoyed this interview and look forward to catching up with more Pro’s for their look at the scene in the near future.