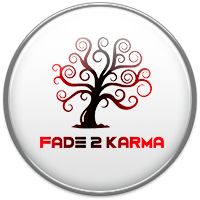 To those that only focus on the highest levels of competitive Hearthstone play, the name Fade 2 Karma might end up just passing them by. However, with some of the names involved in the formation of the team, that may not be the case for much longer, Fade 2 Karma’s current roster including some of the highest-rated upcoming talents in the competitive scene.

Behind the scenes, the roster is managed by Don’t Kick My Robot founder Poach, who would captain Team DKMR to consistent high finishes in weekly Hearthstone tournaments, and see the rise of Dan “Alchemixt” Welton to four consecutive King of the Hill victories.

The team also includes coach Karlis, analyst Chalk, and a second analyst wiRer who, with help from the rest of the team, recently became the first Legend-ranked player on the NA server for this season with Warrior and Hunter.

It’s the main player lineup that people are most interested in, however, and the part of the team that’s going to be drawing the most attention. Leading the team is Germany’s Tim “Theude” Bergmann, former Team Innovation player and runner-up in 2014’s HyperX Invitational. In his official statement, he writes;

“I am proud to be working with such a talented group of individuals. The owner of F2K, Jesse, wanted to focus on building his flagship team for his organization and I am flattered that he chose HS. We have put together some of the strongest players currently in the game. Our team is comprised of: highly skilled players, an experienced manager, a coach and two analysts. When people asked me what my goal is with this team, I told them this…to be nothing less than the best team in the world. We will see you at BlizzCon!”

Lining up alongside him is the United Kingdom’s Gareth “Cipher” Rouse, also formerly of Team Innovation. Cipher is probably best known for his qualification and appearance in 2014’s DreamHack Winter Championships where, on his way to finishing in the final 8, he would defeat the eventual runner-up Thijs in the group stages. With a few top 3 and 1st place finishes in Gfinity and ESL cups, Cipher is definitely a solid player.

Possibly the most interesting and exciting players on the roster, however, are the duo of Greek rising stars Dimitris “Dethelor” Theodoropoulos and Apostolos “Hawkeye” Karaiskos, both of whom are considered some of the better unknown players in the competitive scene.

Hawkeye managed to gain the attention of the competitive scene earlier this year, taking silver at CN vs EU Season 2 and taking home over $11,000 in winnings, following that up with a top 8 placement in the DreamHack Summer tournament.

Near the start of the year, Dethelor would beat the future ESL Legendary Series Champion Jon “Orange” Westberg to 3rd in The Pinnacle 2, and would go on to enjoy success in minor tournaments with a win in Razor’s Edge Gaming’s Brawler’s Inn tournament.

I managed to ask Dethelor a few questions about F2K, and he was more than happy to talk about Hearthstone’s newest competitive team. 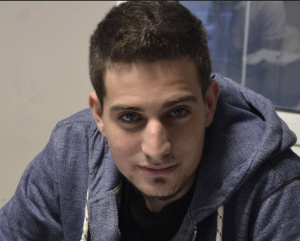 With a roster as quietly powerful as the current Fade 2 Karma seems, do you think the team is going to be able to push to get its name noticed up there in some of the larger upcoming tournaments? I don’t think many people would argue that yourself and Hawkeye are some of the better lesser-known players, is Fade 2 Karma going to be the break you guys need to get noticed on a large scale?

“Me and Hawkeye are qualified and going to take part in the Gfinity Summer Masters I (11-12th July) . Me and Hawkeye are also going to play in Dreamhack Valencia on the 18-19th as well. We will also have representatives from our team in the Asus tournament in Helsinki, GameKing recently qualified and Vortex will be most likely there to defend his title. We also have Cipher, Theude and Hawkeye playing in the Vulcun League, so you will see a lot from us in July!”

How solid do you feel the team overall is, the team roster, management, everything? Behind the scenes, is the support for the players all there, is the team strong enough to keep going from strength to strength in the future?

“The team looks solid. We gathered some of the best free agents out there and created a team. We focus on playing within the team and practicing with each other (this is something that some other teams don’t do).”

Final question, do you think the team’s going to make a large impact on the competitive scene? If so, how soon? It would be great to have another team up there in popularity and skill with the likes of Tempo Storm and Team Liquid, and I’m sure everybody would love to see it!

“We are taking part in a lot of events even in July! If we manage to get good results in the tournaments expect more from us in the near future! Judging from the team’s recent results and potential I believe we could match the results of the other “big” teams. Popularity is another story but if we are constantly doing well, why not!”

Dutch player Teun “Vortex” Eielts lines up fourth on the roster as current ASSEMBLY champion, having steamrolled the winter tournament earlier this year, going 16-1 with just two of his four decks, beating out the likes of Janne “Savjz” Mikkonen and Keaton “Chakki” Gill to the title. With a 3rd at the TakeTV Invitational and a top 8 finish at DreamHack Bucharest’s PGL Tavern, Vortex has racked up victories against a number of high-profile players, he is without a doubt one of the team’s hardest-hitters.

Last but not least on the roster is Austria’s Raffael “GameKing” Iciren, currently the team’s most decorated player, appearing in a number of ESL Pro Series cups (taking silver and bronze in Cup #2 and #3 respectively), and placing in the top 6 overall. Enjoying success in minor tournaments, GameKing also picked up a 1st place at the Hearthstone Open @ Escalera Club Vienna tournament. No stranger to tournament experience, GameKing qualified, and will be accompanying, teammate Vortex to the ASUS ROG Hearthstone Summer 2015 tournament at the end of the month.

Despite the team being incredibly young, it’s fair to say that they definitely seem confident, Poach himself saying that he’s looking forward to getting back into the Hearthstone management game, describing the group as a “powerhouse team”. With the names that they’re carrying with them, why shouldn’t they be confident? They have the tournament experience, with an experienced manager behind them, and with their analyst becoming the first Legendary player in NA this season with help from the team, it looks like they’re definitely consistent too, and can build a mean deck.

Tournament references and results come from players’ various Liquipedia pages, as well as results listed by Poach in his post on LiquidHearth.

Seasoned Hearthstone veteran, lethal-spotter, music aficionado and aspiring journalist, Daniel "Bosun" Field hopes to become an eSports caster one day, but for now is content shouting at streams and motorsport until his time comes.