There’s a new Hearthstone team on the scene and it’s supported by Hearthstonely.com*! 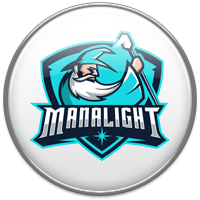 ManaLight have initially launched with a Hearthstone roster, but over time they intend to expand to include teams for League of Legends, CS: GO, Heroes of the Storm, DOTA 2, FIFA, and more.

ManaLight is an esports organization who are on a mission to develop into one of the leading global esports team brands.

“We see our role as a community organization to be imperative to our existence. We value transparency, ethical conduct, and above all professionalism, whether it be from our players, streamers, or valued community.” said Louis Corps, General Manager of ManaLight.

ManaLight have also launched their first tournament series. The ‘ManaFights, as they are known are a monthly open tournament, where winners will win $250.00 and be entered into the annual ManaFight Grand Final, where the winer will walk away with an additional $2,500. Learn how to enter here.

*Disclosure – I have an ownership interest in ManaLight.