Welcome to the second part in a new series where I’m going to be giving my thoughts on the new League of Explorer’s cards! 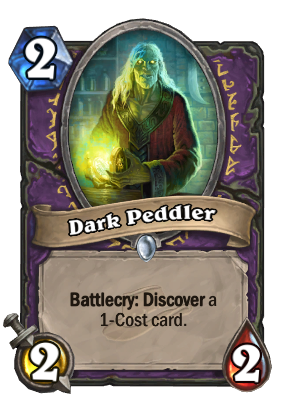 What’re ya buyin’? This guy is actually extremely good for aggressive Warlock decks. The discover mechanic naturally gives you triple the chance to discover your own class cards compared to neutral cards which means you’ll see a lot of Power Overwhelmings, Voidwalkers, and Flame Imps from the Peddler, all great cards to get an extra copy of. If you manage to get both of your Power Overwhelmings and then create a third from this guy then that’s 12 damage from hand for 3 mana as long as you have a minion to use it on – there’s no way your opponent can prepare for that. He also has great synergy with Knife Juggler and Brann. Knife Juggler on turn 2 and then drop him turn 3 pick a 1 cost minion and get 2 minions and 2 knives. Expect to see him in Zoo decks this season. 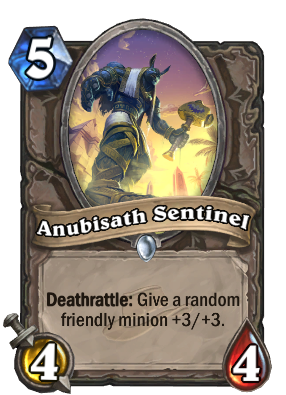 Will fit into Decks: Probably

I could see this guy fitting in the new deathrattle Rogue deck that’s becoming more popular due to the Unearthed Raptor card or maybe an aggro Warlock deck. He’s most effective when played after you already have a ton of minions on board because he’s a strong body on his own and if your opponent can’t deal with your other minions first then you’re pretty much guaranteed to get his deathrattle on one of your minions. 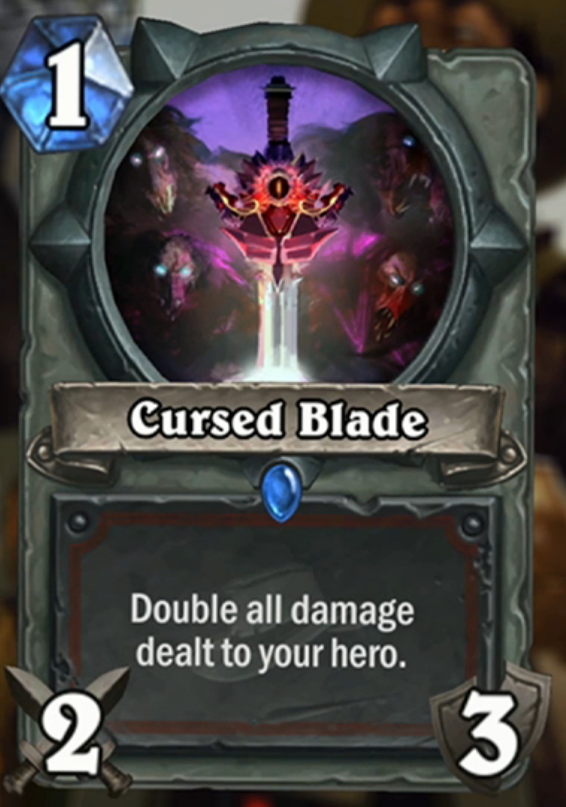 Will fit into Decks: No

This card is actually really terrible. It’s redundant and just bad. Fiery War Axe is just better in every way so even if you ran this card you’d just end up breaking it to equip your Fiery War Axe or Death’s Bite and take a ton of extra damage in the process. I don’t see this card getting included in any kind of Warrior deck, and even in the Arena you should probably stay away from it. 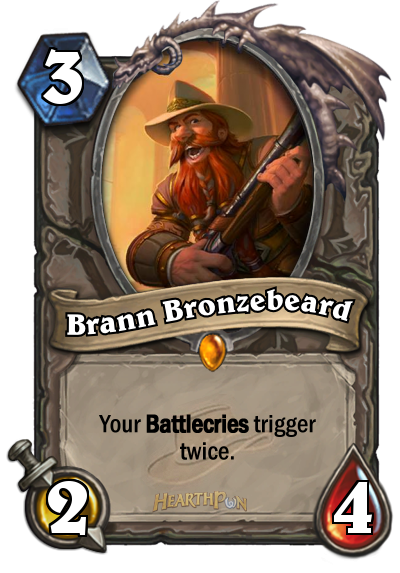 Will fit into decks: Most likely

I love Brann, this guy is awesome. He’s going to bring a lot of new deck ideas to the forefront. Mill Rogue is so much more deadly with him, battlecry shaman is now a thing, and he just brings so many options for deckbuilders. I really think he benefits Rogue the most because of his synergy with Master of Disguises. If you can get him out and stealth him it’s very hard for your opponent to remove him; then you can just abuse double battlecries all game. Or you have the Mill Rogue dream Brann into triple Coldlight Oracle with Shadowsteps for 12 cards milled; or Brann + Healbot to heal for 16. The possibilities are endless and its cards like this that are going to shake up the meta.