This past Wednesday, popular DOTA 2 Team Natus Vincere (Na’Vi) launched a Hearthstone division for their team. Based out of Ukraine, the team has enjoyed massive success in DOTA 2, Counter Strike: Global Offensive, World of Tanks, and FIFA. Now, they aim to add Hearthstone to their impressive list of conquests, which include the only CS:GO team ever to win 3 major tournaments in a calander year. Their team accomplishments can be viewed here.

Na’Vi signed Xixo, Ostkaka, and Hoej to from their new Hearthstone branch. Each are tournament winners in their own right, and with the support of their new team behind them, will surely soar to even greater heights. Next up, here are the stats for the aforementioned players, as well as a quote from the Na’Vi press release from each player regarding their new team. You can read the whole release here. 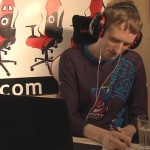 “I’m really excited to team up with Na`Vi as well as my new teammates Ostkaka and Hoej. All of us are known mostly for tournament performance and hard practice. I believe that when working together with Na`Vi we can become the strongest Hearthstone squad in the world. We are Natus Vincere. We are born to win!”

“I’m really excited to join Na`Vi and represent them in future tournaments. I know Na`Vi from other esports and I’m happy they decided to expand into Hearthstone. With two teammates I respect a lot I can only expect good things to come!” 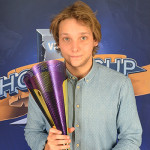 “Hey! I’m pleased and thrilled to announce that I finally can call myself a Na`vi boy. Pidgey (my budgie) has always had a crush on Na`vi, which also shows from her color. Moreover, I have followed “the Na`vi scene” for a long time because of my interest in DotA 2. In this regard, I’m happy that Na`vi has decided to expand their E-gaming horizon into the Hearthstone scene as well – and by picking up two of the best players out there at the moment in form of Ostkaka and Xixo it can only turn into something awesome! Finally, I’m honored and looking very much forward to represent Na`Vi in their first big Hearthstone Event this Friday – The Blizzcon Qualifier – together with Xixo and Ostkaka. This will definitely be the start of something unique”.

All 3 of the new teammates are competing in the BlizzCon qualifiers, and some might even make it to the EU Championship in Prague. You can keep up with the Hearthstone division of Team Na’Vi on their site, here. We wish them luck as they travel together on the Road to BlizzCon!

Previous ArticleNo “I” In Top Deck: The Potential Of Hearthstone Team Leagues
Next Article An Interview with Powder – Assassins, Swedish Chocolate, and Golf