With the Grand Tournament release just a short way away I thought it’d be a great time to review some more of the new cards and how I think they’ll shake up the professional meta game! 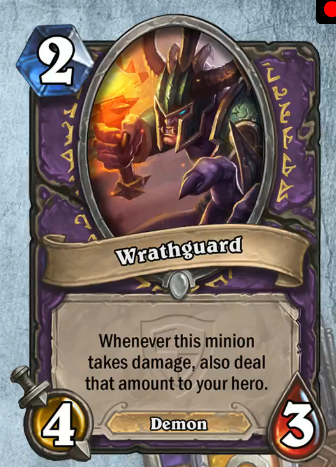 Wrathguard – This card is absolutely bonkers. Heralded as Flame Imp 2.0 and for good reason; I cannot fathom a universe where aggro Warlocks don’t run 2 copies of this monster. He gives you ridiculous early game momentum for a minimal downside. He would be weak to big taunt minions in the late game if forced to trade but the cost your opponent will have to pay to deal with him in the early game more than makes up for this shortcoming. 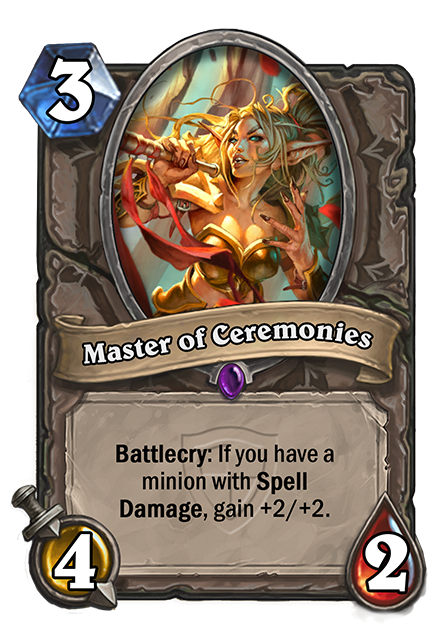 Master of Ceremonies – With the cards that have been released so far I don’t expect to see this card played in competitive much at all.  With only a 2 health body without the battlecry effect she’ll frequently trade down. However, if more spell power minions are released then the Master of Ceremonies could spark a new deck archetype that focuses on removal and spell power synergy. We’ll have to wait and see but for now I don’t think you’ll be seeing her in any pro decks. 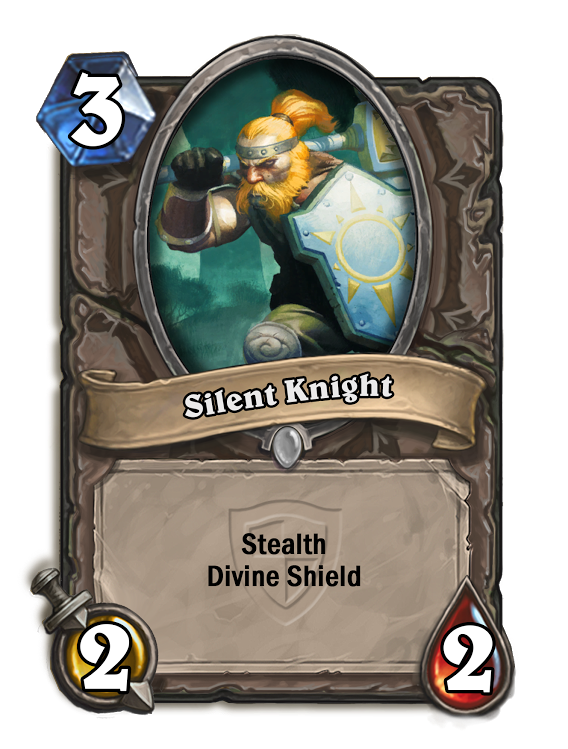 Silent Knight – An interesting neutral card, the Silent Knight so far will be the only card in the game with both Divine Shield and Stealth. While initially I thought this card was garbage, he could potentially open up some effective combinations when used in a buff heavy deck such as the ones Paladins can bring to the table. He’s extremely sticky with both Divine Shield and Stealth so he will most likely survive the turn, then you’re free to slap a Blessing of Kings or Might on him and have him trade into a higher cost minion or simply deal a lot of unexpected damage to your opponent’s face. I could maybe see this guy making some noise in mid-range oriented Paladin as a stealthy Shielded Minibot but likely won’t see too much competitive play. 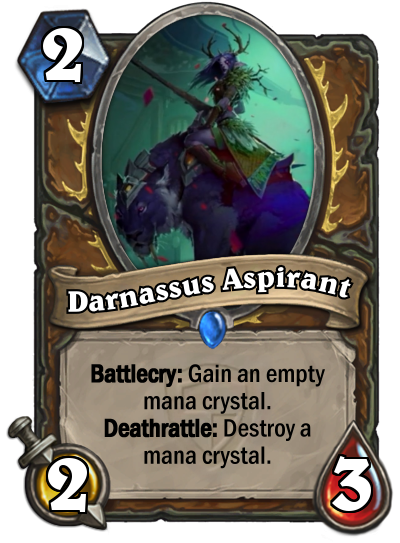 Darnassus Aspirant – This card is a great start for Druid this expansion; A class that definitely needs some love in the competitive scene. On paper it doesn’t seem that great, but she could definitely see some play in ramp decks with some clever combos. For instance, if you drop her turn 2 and your opponent cannot immediately deal with her then you’ll have 4 mana turn 3 to drop a Keeper of the Grove to silence her and guarantee keeping the extra mana crystal she just gave you. Cards like this are just what Druid needs to open up some more options in pro tournaments. One final note on this card, once the expansion releases it will be possible to spawn her from the Piloted Shredder’s deathrattle effect, which will actually be really bad for whoever gets her because they won’t benefit from the battlecry but will lose a mana crystal when she dies. 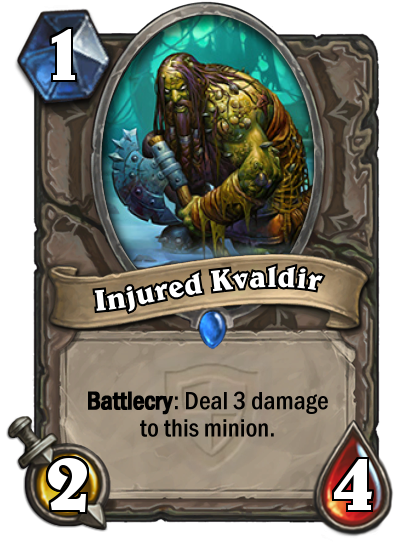 Injured Kvaldir – This guy is neutral but he might as well be Priest because he’s going to be very good in a Priest deck. If he’s able to survive turn 1 the priest can simply start healing him as he trades or use a Power Word Shield on him. This one card will go a long way towards helping priest viability in tournaments as well as on the ladder in dealing with aggressive decks. He’s almost as good as Zombie Chow in a Priest deck and I’d say the only thing that makes the Chow better is the synergy with Auchenai Soulpriest. Expect to see him in Priest decks going forward.

Shado-Pan Cavalry – Finally Rogue gets some much needed beefy mid-game minion support. Coining this guy out on turn 4 is going to be extremely strong and will most likely result in a positive trade for the Rogue. With 7 health this guy has a great shot at sticking to the board for a turn which will result in a fantastic target for your Tinker’s Sharpsword Oil. I could potentially see him replacing an Azure Drake as the 5 drop in more aggressive Rogue builds. 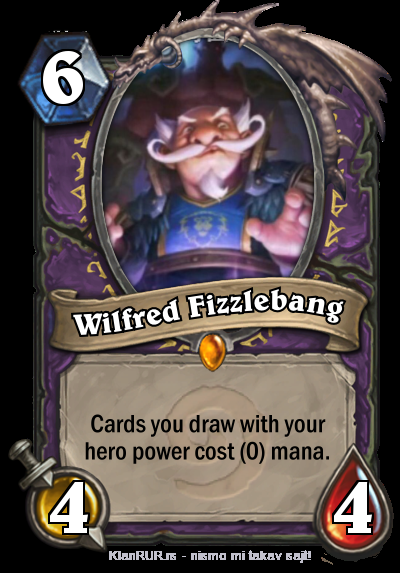 Wilfred FizzleBang – This card has some really good potential; potential to be completely game-changing or outright useless. Warlock is a class that traditionally doesn’t do too well at protecting minions, so I cannot say he’ll be very sticky with only 4 health so will likely have to be held until at least turn 8 so you can guarantee at least 1 free card from his effect. With the possibility of getting a free Jaraxxus or Mal’Ganis I think some dice-rolling pros might pick him up in some of the slower Warlock decks. A final note; he could be very powerful when combined with other hero power enhancing cards such as Maiden of the Lake.