JAB met Hotform in the first semifinal series. JAB took game 1 with the help of a 12 attack Ghaz’rilla and a debilitating Loatheb drop against Hotform’s Patron Warrior deck. Game 2 featured a Mage mirror match. Hotform came out with the win here with the help of a Flamewaker hiding behind some mirror images to even up the series at 1-1. Hotform was able to take game 3 convincingly with a confident Dr. Boom drop to take the lead 2-1. In game four Hotform survived long enough to begin multiplying his patrons, JAB did not have the removal required and had to leave one Patron alive, which was enough for Hotform as he picked up the game and match win 3-1.

In the other semifinal match up nias faced off against Purpledrank. In a close series, Purpledrank managed to eventually take it 3-2 which meant the two Canadians, Hotform and Purpledrank would meet in the finals.

Purple fell in game one on his Druid as Hotform was able to put out so much pressure with an Azure Drake and a Frost Elemental. Game 2 featured a Druid mirror match. Purple got off to a very strong start and once he had an Ancient of Lore on the board the good ol’ Force of Nature combo was enough to even the series at 1-1. In game three Hotform again tried to get a win on his Druid deck this time against Purple’s Warrior. A very strong turn 8 found Hotform staring down almost a full board of Patrons and a Berserker and it was too much for his Druid to handle. In game four Hotform had a ridiculous starting hand. He ramped up quickly with an Aspirant followed by a Shade and then Innervated out his Emperor Thaurissan on turn three. Purple was only able to drop a Voidcaller in the hopes of getting his Mal’ganis on the board next turn but it was not to be as Hotform drew his Savage Roar which set him up for perfect lethal on turn four. Just like that, the series was all tied up at 2-2.

In the final match with $10,000 on the line Purple’s Handlock faced off against Hotform’s Warrior. The early game went as expected with Hotform getting Purple down to 14 health while Purple drew cards. With a 50/50 shot to get his Mal’ganis on the board with a Voidcaller trade he instead got Jarraxus. Purple did get a ridiculous amount of value from the 15 health minion especially after taunting it up with Defender of Argus even though it wasn’t the minion he wanted. With all the combo pieces except Warsong Commander in Hotform’s hand he had to make a difficult choice of whether to play a 7 mana Battle Rage for just one card after Purple’s Loatheb and he did but did not get the Warsong Commander he needed and the game was over as soon as Purple dropped his Mal’ganis on the following turn. 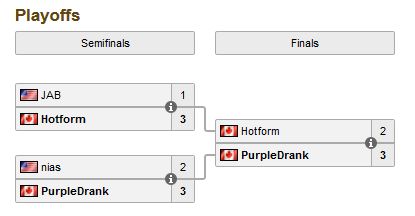 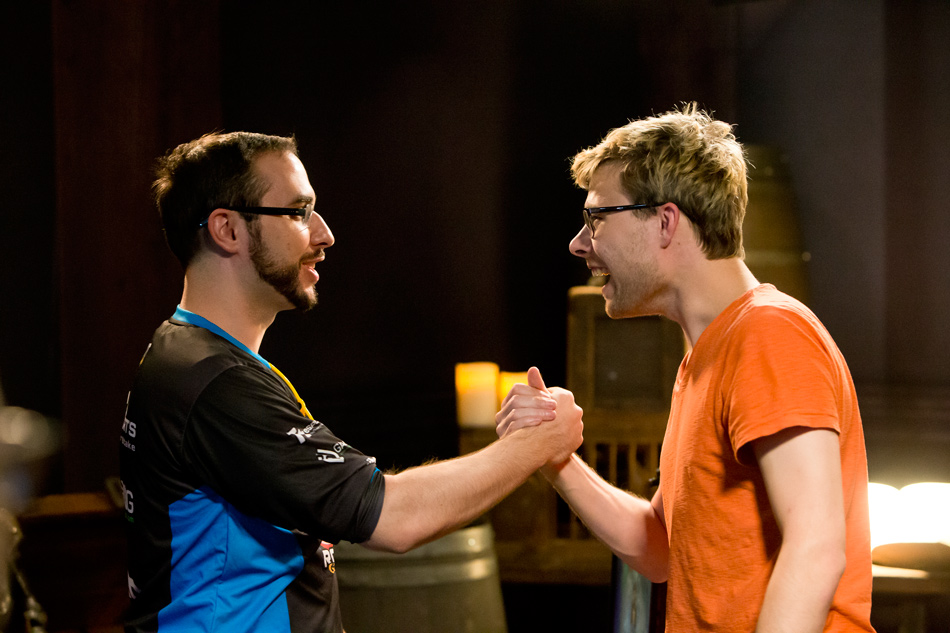 Congratulations to Purpledrank for winning the Americas Championship! The road is not over for four of the participants as they have qualified for the main event in California: Blizzcon.

The full list of players competing in Blizzcon is as follows: