Now that The Grand Tournament is out, it’s time to get some opinions from a few professionals about the how the game is going. Hearthstonely sat down with Team HSP, who formed in June, 2015. The team was formed from the popular site Hearthstone Players, which launched around the same time as the game. Join me as we talk with Keyo, Kabi, Sixis, and Lucky of Team HSP about the influence of TGT on the meta, and tournaments in general.

It’s been a few months since Team HSP’s inception. How has being on the team impacted each of you in your day-to-day ladder play in Hearthstone, and do you hold practice sessions among yourselves?

KEYO: For me personally, this has made me look at Hearthstone in a completely different light, sure I had played in tournaments and done well before joining the team, but I never really had taken Hearthstone super serious as far as practice goes, not even with the team, but even by myself on ladder. I find myself analyzing even the simplest plays much more and watching tournaments with more intent than just insane RNG moments. I don’t think I can look at Hearthstone the same ever again, and it’s for the better!

KABI: We help each other when needed and where needed, but we do not have a schedule. The impact of all this is obviously super hard to measure, but I have received help with some decks.

Blizzard loves randomness, as the GvG and TGT expansions affirm. What are the team’s thoughts on the current direction of RNG focused cards that they have put out in the latest expansion?

SIXIS: I think most of the problem came with the GvG cards the TGT ones some are kind of badly designed (Ram Wrangler) but I don’t think is a big concern in general.

KABI: I hate pure random effects that you have no control over, that you cannot mitigate or predict. I’m okay with Doomguard and Soulfire, I’m okay with Ragnaros, I’m okay with Animal Companion, I’m somewhat okay with Brawl…. I’m not okay with Shredder, Juggler, unstable portal, wrangler and more… They are potentially game deciding RNGs, where you are hoping that the RNG of the card will get you crazy value, be it doomsayer/sheep vs. aggro boards from shredder, or unstable portal a charge for the win. So many different approaches could have been made to many of these cards that have insane RNG effects that are game changing…Even simple things as being able to see what is coming out of a shredder before it dies, or wrangler giving you a set of cards in the style of animal companion, or spare parts.

KEYO: There’s a huge difference between RNG that’s acceptable (ex: most joust effects, Goblin Blast Mage, etc.) and RNG that is not only impossible to predict, but also terrible for future card design (Webspinner, Shredders, etc.). Cards like Piloted Shredder are terrible for the game, because its so strong as far as stats goes that you have to play it, but its completely unpredictable of what comes out of it.

The Grand Tournament has introduced us the Inspire, and Joust mechanics, along with a few powercreep cards such as Evil Heckler. What are your predictions for the card, or cards that will have the most impact in the long term meta after TGT?

KEYO: As far as the latest set goes, I have no real problem with most of the set, including most of the Joust Cards, the ones that are somewhat concerning are Tuskarr Jouster and King’s Elekk, because they are great vanilla stats, which in addition to the high variance high reward of Joust, could be detrimental to the game. As far as power creep goes, we are yet to see it impact cards that actually see play, but that does not make it acceptable. In the case of Evil Heckler, a 5/4 for 5 with taunt was always an underpowered card, and 5/4 for 4 is still not superb. The problem with this powercreep is that in theory its power creeping over 2 cards, Booty Bay Bodyguard and Lost Tallstrider (5/4 for 4). Its a situation like this that concerns me about power creep, as far as Ice Rager goes, its ok power creep as it only creeps over 1 card.

KABI: Powercreep on useless cards is not an issue, you can see it anywhere, and it is something that really doesn’t matter if done right. Inspire is a gimmick that not often gives you the value that you want, to the point we can barely see any inspire cards being played, as you need a pretty strong effect to make them playable. Joust is just a garbage mechanic where you are gambling your plays for a weaker card; you need a pretty strong effect like Elekk to even be considered as an option.

LUCKY: I’d say Twilight Guardian and Mysterious Challenger are the strongest cards so far, and it will be difficult that unexpected cards arise to change everything. In a different meta, if Patron Warrior gets nerfed, slower decks like control Paladin or control Druid would emerge and strong cards like Justicar Trueheart, Aviana or new inspire decks with Maiden of the Lake, Fencing Coach, etc. would increase in value.

The Shaman class has long been at the bottom of the barrel in competitive play, often relegated to Aggro decks. How does the team feel about the TGT additions to the class, and will they be enough for it to become a solid contender once the meta stabilizes?

KEYO: In short terms, yes. But I think the nature of Shaman based on the cards given in previous expansions is to be aggro, and while its not super strong right now, I think Mech/Burn Shaman will still be the best shaman deck once the meta stabilizes.

KABI: Doubt it. Shaman has a few inherent issues that have not been fixed, and doesn’t seem like they are going to be fixed any time soon. Yes, the early minions they added are very strong and swingy, and the thunderbluff is a good card, but no draw mechanic, a hero power that is most of the time worse than paladin, and well in general worse cards than paladin… makes you wonder, why would you want shaman instead of midrange paladin? What is the unique element shaman brings besides some strong minions?

SIXIS: Shaman still hold severe structural weaknesses that cannot be fixed by just adding OP cards, such as the inability to deal damage or lack of aoe in general, also they are too reliant on board control. These weaknesses make Shaman extremely weak against Paladin, a super popular class right now.

TGT has brought a new deck to the forefront of the meta: Secret Paladin, which utilizes the Mysterious Challenger card. Do you guys feel that it is a true top tier deck on the level of Patron Warrior, or that the community simply has yet to adapt to playing against it?

KABI: Is it a strong deck? Yes. Can it pull crazy hands that make you almost 100% lose? Yes. Is it as strong as patron? No, patron is the strongest deck out there (though it did get weaker with the new expansion).

LUCKY: I think Secret Paladin is quite strong right now, but not better than others top tier decks. Patron Warrior, Mage and Priest do very well against Secret Paladin and most classes have a decent matchup there. I think it won’t be comparable in any way with the domination Patron Warrior has shown for months.

There are a myriad of outstanding teams in professional Hearthstone, and the competition for recognition is often fierce. Which pro team inspires HSP to push their limits, in order to compete with them?

KEYO: This one is definitely a personal answer, but I like comparing HSP to Cloud 9 in a sense, as we are both very regionally diverse teams. While we are yet to put up results as some of C9’s players such as Kolento, I think the fact that server barriers haven’t stopped us from collaborating when needed is really something special.

SIXIS: I don’t think we really have a team that we look up to really. But of course, improving on a daily basis is one of our priorities.

Tournaments in Hearthstone usually use a variety of rules across the board, with constantly changing formats. If you could change one thing about the way they are structured, what would it be, and why?

KABI: The way point systems work is really broken towards the players that always get invited to tournaments, and towards people who have access to the most free time for weekly tournaments, or small local tournaments. It makes it extremely hard to even aim to gather some points, and punishes players who can only play on ladder/online a limited time, yet are good. Format itself, conquest has its ups and downs, same as last hero had its good and bad parts… I want to see more experiment with a 1 of deck, or sideboard, or bans…. something to make it less of a roll a die every time you pick a deck, and that lets you adapt instead of just losing/winning because you hit some matchups.

SIXIS: I hope Blizzard changes not only their way of doing things relating to Esports, but I also hope we see a format change that looks to improve upon Conquest. I would love that the smaller teams were given more opportunities in the leagues that will happen in the future.

Hearthstone is continually evolving, with new additions such as Tavern Brawl, and a rework of the Ranked rewards. What does the team feel can be added to the game to help the competitive scene grow, and thrive in coming updates?

KEYO: I’m going to make the obligatory plea for an in game tournament mode. While many tournaments are run with the right intentions and run very well, there are always stories across the community of sketchy admin decisions or lying organizers. With an in game tournament mode that would not completely defeat the problem, but it sure would help. Other than that I love the progress that has been made with Hearthstone from all directions, and I know there is room for further improvement down the line

KABI: Biggest thing to fix is ladder, you can’t see the ladder, you don’t know where you are outside of a number, how far, how much you gain or lose, nothing, you are super in the blind and it needs to be fixed. Plus less decay at the start of the season would be pretty useful, going from 15 to legend… is so bad, you have to grind 50 extra games for no reason.
Fix observer.
Replays would be amazing.
Animations not eating away your turn.

LUCKY: Many things like game replays or match statistics could be really cool additions, but thinking about the competitive scene I would like to see in-game tournaments. Also a renovated ladder system that was less fluctuating at legend rank – more long-term win rate based – and less tedious to climb. 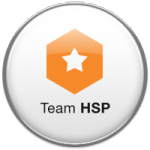 Thanks for taking the time to chat, Team HSP. Hearthstonely wishes you luck in future tournaments, and we look forward to doing this again sometime. You can catch up with Team HSP on their site, at Hearthstone Players. Be sure to check the Team Bio on their site for information on player achievements.