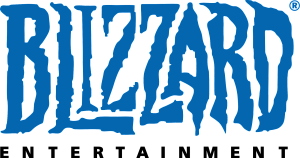 From an enormous Fireside Gathering hosted in California today, Blizzard announced a new expansion in the form of the Grand Tournament. Riffing off of the Argent Tournament idea from the wildly popular World of Warcraft expansion, Wrath of the Lich King, the Grand Tournament features some of the less heroic heroes that were around at the time, that you perhaps did not get a chance to hear about in the game. A new keyword has been introduced for this expansion, called Inspire, which triggers every time you use your Hero Power. And as such, several of the cards spoiled were cards that effect your hero power, such as Coldarra Drake, which allows Mages to cast their Hero Power as many times in a turn as they have mana, or Frost Giant, which costs 1 less for every time you’ve used your Hero Power throughout the game. Even a legendary minion, Nexus-Champion Saraad, adds a random spell to your hand every time you use your Hero Power.

From a competitive standpoint, there definitely seems to be some powercreep happening with the cards spoiled. Shaman looks to be the greatest benefactor so far, with their additional cards prioritizing their totems, possibly salvaging the weakest Hero Power in the game. Mage also seem to have scored big, although it remains to be seen how these seemingly situational cards, i.e. Coldarra Drake and Fallen hero, will translate into traditional constructed play. In typical Hearthstone fashion, the cards seem to have a more random nature, but things like Nexus-Champion Saraad and Lock and Load, in the right shell, can generate such enormous card advantage that the quality of spells you get will likely not matter so much as the quantity.

Inspire seems like it could really shake up the meta, provided that it’s not too slow of an archetype versus some of the more potent decks in the format. Midrange Hunter looks to have received a card advantage generator finally, however it may be too slow of an idea to augment the more aggressive Face Hunter game plan. With no Warrior spoilers yet, we have no idea if Grim Patron will get a card to help its combo along, or whether Blizzard has decided they don’t want to further along the strongest deck in the format. However, we’ve see nothing that outright fixes the Patron issue, so I remain confident that it will not leave the format.

More spoilers should arrive in the coming days, and a 50-pack pre-purchase can be made as early as next week. The expansion itself will come out sometime in early August.

An aspiring esports journalist and avid fan of Hearthstone, League of Legends, and Starcraft. When not writing, you can find him feeding on Summoner’s Rift or climbing the endless elevator that is the single digit Hearthstone ranks. Follow him on twitter @patrickgarren.